Sumit Nagal became the latest addition to the Men’s singles category at the Tokyo Olympics 2020. The 23-year-old Indian benefitted from several withdrawals to make the cut for the global sporting spectacle.

Although he received confirmation about his qualification at awfully short notice, Nagal expressed delight on his first ever appearance at the Games.

The ATP Rankings were a primary factor in the eligibility criteria for the Tokyo Olympics. In addition, male tennis players also needed to make three Davis Cup teams between the 2016 and 2020 Olympics. While the Top 56 receive direct qualification for the singles category, no more than four players can take part from a single country.

This opens up opportunities for players outside the top 56 to make the cut for the Olympics. And while Nagal is a part of India’s Davis Cup team since 2016, he ranks 154 in the world today. However, the Olympics considered the ATP Rankings as on June 14, the deadline for confirming participants at the Games.

During that period, Nagal ranked #144 which helped him make the cut for Tokyo by the narrowest of margins. However, his compatriot Prajnesh Gunneswaran missed out due to his #148 ranking at the time. After the announcement, the 23-year-old took to Twitter to express his delight.

No words can express my emotions. A surreal feeling to qualify for the Tokyo Olympics. Grateful to all your support and wishes. pic.twitter.com/TyauJUBKBk

He wrote, “No words can express my emotions. A surreal feeling to qualify for the Tokyo Olympics. Grateful to all your support and wishes.”

Nagal will be the only Indian to take part in the men’s singles category at the Olympics this year. In addition, he joins veteran Sania Mirza and fellow first-time Olympian Ankita Raina as the third Indian tennis player to compete at the Olympics. 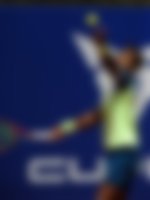 Mirza and Raina will team up to represent India in the women’s doubles category at the quadrennial event. Nagal’s qualification means India will now be represented in two different categories in tennis at the Olympics.

However, India will not field a men’s doubles team for the first time since 1992 after Rohan Bopanna and Divij Sharan missed the cut. Although Nagal has two ATP Challenger titles to his name, he faces stiff competition from players ranked higher than him at Tokyo.