17 years ago, American race walker Robyn Stevens left race walking due to an eating disorder. However, the 38-year-old will compete later this month at the upcoming Tokyo Olympics 2020 after making the cut during the US Olympic Trials.

Ahead of the global sporting spectacle, the American gave an insight into her tumultuous journey to this point.

The American won the US Olympic Trials in the 20km event, covering the course in one hour and 35 minutes. With this, Stevens qualified for the upcoming Olympic Games, 17 years after retiring from the sport due to an eating disorder.

“I remember getting on the scale and seeing that I weighed 100 pounds — I had always been under 100. In my head, seeing the three digits just seemed like a lot. I was only 4 feet, 11 inches tall.

“My goal was to go to the 2004 Olympics and race walk, but there were all these things going on with my body.” 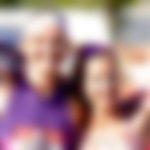 In addition, she also revealed how the disorder made her forget about the competition. “I called my youth coach and said, ‘If I don’t leave, I think I might die.

“I’m on an unhealthy path right now.’ I didn’t care about performance and I totally forgot about the Olympics. I just wanted to stay alive.”

Stevens: Return to competition was a total accident

Although the American admitted she recovered completely in 2009, she revealed her return to competition was an accident.

“When I stepped away from competition, I had no intention of coming back,” said the 38-year-old. “The return was a total accident. I had hit my head and had a concussion, leading to a migraine for four months.

“My doctor advised walking because running, swimming and biking would be a little bit too much for my brain. So I started race walking again simply for health reasons and accidentally qualified for the Olympic trials in 2016.”

However, that moment spurned Stevens on to compete for a spot in Tokyo. After crossing the line, she admitted she broke down after qualifying for the Games.

She said, “Qualifying for the U.S. Olympic team for Tokyo was surreal. After I crossed the finish line, when my mom hugged me and said, ‘You’re an Olympian now,’ I broke down in tears.”

While the 38-year-old endured one of the toughest roads to the Games, she will head to Tokyo with her partner Nick Christie. With Stevens taking part in the women’s 20km walk, Christie will compete in the men’s 50km walk at the Tokyo Olympics.

WATCH STORY: 5 Biggest and Most Shocking Upsets in Olympic History