“We Feel Inconsolable”: French Equestrian Forced to Withdraw From Tokyo Olympics 2020 Days Before the Event

France’s equestrian medal hopes at the Tokyo Olympics 2020 have just taken a huge hit. Tom Carlile and his horse Birmane, who are part of France’s eventing team, will not take part in the Olympics despite being in Tokyo.

Due to the horse showing signs of a slight injury in the pre-competition warm-ups, the pair have no choice but to withdraw from the Games.

Ranked #37 in the world, Carlile looked in fine fettle heading into Tokyo. In fact, the Frenchman came second with Birmane in the CCI-4* competition held in the French town of Saumur in April this year.

However, the mare showed signs of a possible niggle in his muscles, which could hurt the horse. Despite arriving in Tokyo, this injury forces Carlile out of the event, which will take place on August 2nd. 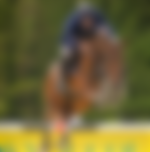 He said, “It’s no secret she has suffered from this muscle problem in the past, but for more than two seasons we’ve managed it perfectly to get her ready for the Olympics. We feel inconsolable to see the dream slip away from our fingertips.”

However, Carlile didn’t end his message in disappointment. He finished his message with the hope of returning to different podiums with Birmane in the future.

“She will come home healthy once her friends have taken part in the Games and we hope to see her at the top of the podium again soon,” said the 34-year-old.

Traveling alternate Karim Laghouag and his horse Triton Fontaine will replace Carlile and Birmane in the French eventing team.

The 45-year-old ranked #66 in the world, won a gold medal in team eventing at the 2016 Rio Olympics. He will partner Christopher Six with Totem de Bracy and Nicolas Touzaint with Absolut Gold HDC in Tokyo.