Who Holds the Most Number of Gold Medals in Athletics at Olympics?

As the Summer Olympics 2020 inches closer, it is important to look out for previous records and results. It is indeed exciting to know the maximum number of gold medals in athletics at the Olympics.

Drawing from the past figures and data, it can be said that the USA has won the highest number of medals. More specifically, gold medals. Let’s look into this country’s feats over the course of time.

In the history of the Summer Olympics, the United States has been the most successful nation ever, with a combined total of more than 2,500 medals in 27 Olympic Games. More than one thousand of these were gold, with almost 800 silver and over 700 bronze.

At the 2016 Summer Olympics, the United States won a total of 13 gold medals in track and field events. Followed by 10 silver and 9 bronze medals.

A total of 32 medals. Several athletes made their nation proud. Matthew Centrowitz Jr. performed incredibly during 1500m with a timing of 3minutes, 50 seconds.

Ashton Eaton was able to showcase his talent at Decathlon to secure the first position with the maximum number of points.

With a timing of 12.48 seconds, Brianna Rollins roared her way through in 100m hurdles. On the other hand, Dalilah Muhammad ran one of her best races in 400m hurdles with 53.13 seconds on the clock. 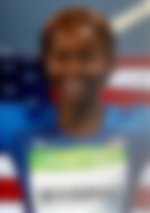 Tianna Bartoletta and Michelle Carter lead their nation to glory. They both won a gold each, in the long jump and shot put.

Overall, it can be said that the USA has immense potential to rewrite history and bring more gold medals home!