The centre-back position in modern day football is considered as the heart of the defence of any team and plays a pivotal role as the number of goals a team might concede can prove to be very crucial.

Although most of the glory is seen by their attacking counterparts, the work that these central defenders do is of utmost importance for the team and this importance is highlighted by a memorable Sir Alex Ferguson quote –

Here is our list of the Top 10 best centre-backs operating in the world right now.

Although traditionally a defensive midfielder, Javier Mascherano is deployed as a regular centre-back for Barcelona and his partnership with Gerard Pique brought laurels for the Red & Blue as Barcelona secured a historic treble, their second in history. A feat never achieved by any other team in the history of the game.

The Argentine defender is calm on the ball & makes very important interceptions – something which Barcelona greatly values.

A horror season at the heart of Manchester City’s defence has led to Vincent Kompany dipping down the rankings, when he would have easily sat in the top 3 a season before. Still, class is permanent and the Belgian warrior is likely to come back in form sooner rather than later.

His form will be crucial if City hope to pose a challenge in the title race this season as Manuel Pellegrini hopes to recover from a trophy-less season.

Chelsea’s 34-year-old skipper John Terry, lauded as captain-leader-legend by the Stamford Bridge faithful, has been a regular top performer for Jose Mourinho’s men as he played a key role in the club’s Premier League triumph and the Capital One Cup as well, where he scored in the final victory against Tottenham Hotspur at Wembley.

Week in & week out, Terry has been the rock at the heart of Chelsea’s defence and the glue that binds the team together.

The 30-year-old Italian is a veteran centre-back as he has been serving Juventus for over ten years now. Even though Chiellini played as a full back during the start of his career, he later ended up being a centre back as he was a brilliant tackler.

The Italian’s heading strength is tremendous and was one of the key reasons for The Old Lady’s winning run in a domestic double and a memorable one in the Champions League final last season during the course of which he played amazingly well in the semi-final game against Real Madrid. Thus, Chiellini finds the 7th spot in our list. 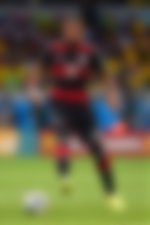 At the age of 26, Jeremy Boateng is only going to get better as he is developing into one of the best centre-backs in modern day football. Fitting in anywhere along the back line – and occasionally at fullback too – the German international became the key component of Guardiola’s game and he elevated his game to a level where his passing & reading of the game in offence reached greater heights.

Although he is still learning – as the famous Lionel Messi experience clearly described last season – the Bayern star looks set to be the focal point of the defence for at least a considerable time in the future.

Gerard Pique returning back to his very best was one of the major reasons for Barcelona’s success last season which earned them a triplet of trophies, and recently, the European Club of the Year honour.

Barcelona fans will be hoping for a similar form from him this year, as they try to become the only team to have successfully defended the Champions League title. 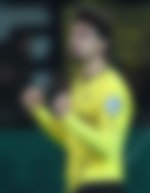 The 26-year-old German defender is one of the most extolled defenders in the world with exquisite long passing skills, which allows Dortmund to sometimes bypass the midfield entirely. Brilliant in tackling and heading, the German International was strongly rumoured to exit the club after the departure of club’s long-term coach Jürgen Klopp, but eventually decided to stay – much to the pleasure of the home supporters.

Strongly linked with Manchester United during the start of the transfer window, 29-year-old Spanish international Sergio Ramos is a converted right full-back who has improved his game to a level where he is now considered as one of the best central defenders in world football right now.

As of now, he has spent ten years as a first choice defender for both Spain & Real Madrid, winning three La Liga titles, the Copa del Rey twice, the Club World Cup and the Champions League. However, he is notorious for having a lengthy rap sheet on the field as he has been sent off more times than any other player in Real Madrid’s long history with a whopping 19 red cards to his name.

Brazil’s captain, 30-year-old defender Thiago Silva  is universally acclaimed as one of the best defenders in the world by most critics. Had he been a part of the team playing against Germany in the World Cup semi-finals in 2014, the Samba boys would have surely put a stop to Germany’s seven-goal riot.

He is a player with a brilliant football brain; he controls the tempo of the game with his distribution and considering the world class skills that he possesses, he clearly deserves the second spot in our list.

The leader of Diego Simeone’s defence, Uruguayan defender Diego Godin has been one of the best defenders in Europe for the past two seasons as his partnership with Miranda has been a huge factor in Atletico’s recent success which includes a memorable La Liga trophy in the 2013-14 season and a run-in to the Champions League final in the same season.

The 29-year-old defender is a complete modern day centre-back blessed with goal-scoring abilities from set pieces and defending set pieces brilliantly as well. Possessing fantastic pace, he has the ability to cover the entire ground tirelessly and with great anticipation skills. All these tremendous defensive abilities make him the best centre-back in the world right now.