The pivot a.k.a ‘The Defensive Midfielder’  is one of the most important parts of a football team. Although most of the attention is devoted to the men in the front, the defensive mid role is equally important as the responsibility of coordinating with the defenders and  stopping the opposition team’s attacks falls solely on these men’s shoulders. They might not score very often but they are essential in creating chances and goals. We present to you our list of the current top 10 pivot midfielders in the world.10) Daniele de Rossi (Italy and AS Roma)

With his expertise in shooting and dead ball scenarios, he also plays a major part in the attack too!

Once labeled as an injury riddled Barcelona failure, the 33-year-old Italian has spent the last few years rebuilding his career with great success. The Brazil born midfielder who spent a number of his teenage years in Spain, is a driving force from deep midfield for both his club and country. With PSG’s preference for a stacked center midfield, it’s Motta’s instinctive execution of the basics alongside his excellent vision that gives him a spot on this list. His partnership with Marco Verratti has been one of the major reasons for the French capital club’s dominance on the national league.

Unfortunately for PSG though, reports have emerged of Motta being unhappy with his role and is reported to be considering a return to one of his boy-hood clubs, Inter Milan and Atletico Madrid. 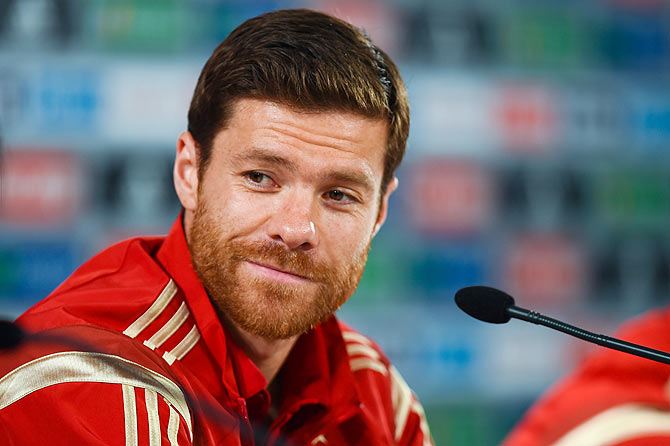 One of the most decorated defensive midfielders of the modern day game, Xabi Alonso has won the world cup with his national team, La Liga with Real Madrid and the Bundesliga title with Bayern Munich. The Madrid legend was sold to the Bavarians after the 2013-14 season and the 33-year-old has since rejuvenated his career under the regime of former Barca manager Pep Guardiola. The Spanish International secured one of his career best whoscored.com ratings of 7.47.

He still is very deadly in set pieces and also possesses brilliant tackling skills. Pep Guardiola is known for his genius tactics on the pitch and his man-management that brings out the best from his player. And this quality of the gaffer certainly seems to be working with Xabi as the clever management of the Spanish international is reaping success for the Bavarians. 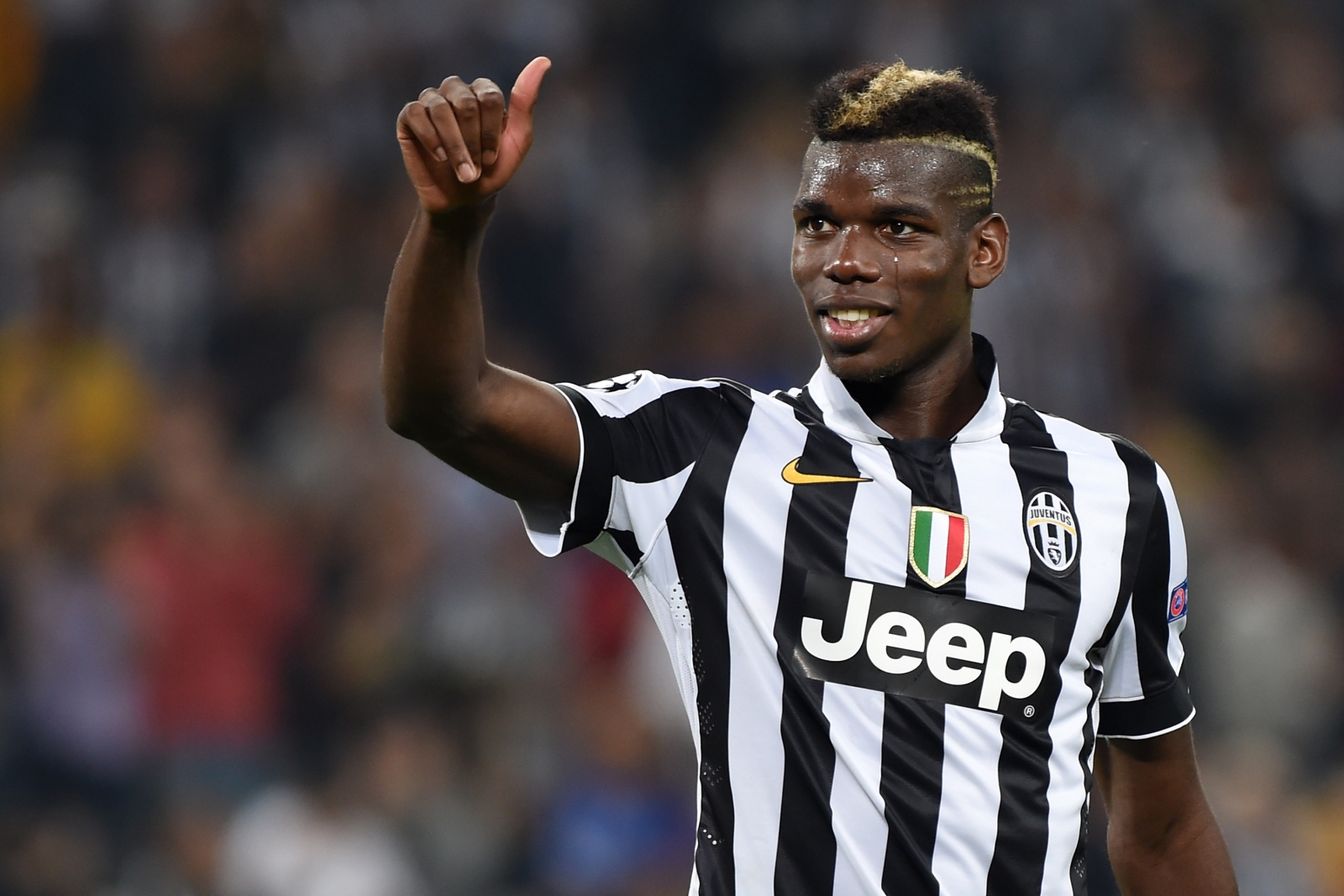 One of the best young talents in World Football at the moment, Pogba had a great season with The Old Lady as the player scored 11 goals from 43 appearances for the club in all competitions. The figure looks great given the fact that he is a 22-year-old and plays as an attacking midfielder for the club. And some of his goals were a real beauty from a long distance – so much that you can make a whole playlists of his long range goals.

His value at the club has increased with the departure of Carlos Tevez and the legendary midfielder Andre Pirlo as he is now the main creative head of the team.

Mascherano plays as a centre-back for the Spanish club FC Barcelona, but when he represents Argentina, he’s one of the very best defensive midfielders in the world. At the World Cup, along with Lionel Messi, he carried his country through to the final, where they narrowly lost to Germany. The fans still have in their memory the tackle which he made to snatch the ball from Arjen Robben in the semis when the Dutchman was through to the goal and was one on one with the goal-keeper.

The 30-year-old is renowned for his strong tackling and clever positioning. He makes clever interception and is also an exquisite passer of the ball. Thus, Javier Mascherano finds the 6th spot on our list. 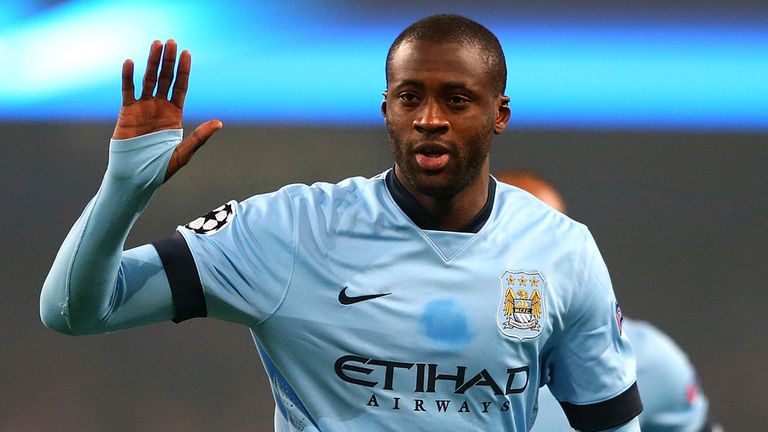 The 31-year-old Manchester City giant is one of the best midfielders in the world right now. Even though, Toure had a desire to play as a striker in his initial days, he ended up becoming a midfielder organizing plays from the back with a defensive role while still moving forward and playing up front. His defending skills are impeccable and he also has great passing abilities.

His world class talent led has him to the award of best African footballer for 4 years in a row now. His strengths are his vision, passing skills, tackling, and those robust shots from long range. He holds great physical strength and his form will play a big role if the Sky Blues are to present themselves as a serious contender for the Champions League title.

One of the most vital components of The Old Lady’s  route to the local double and to a participation in the grandest stage of the Club competitions – The Champions League Finals in Berlin, the 28-year-old midfielder was in very high demand in the current year’s summer transfer window with the likes of Manchester United and Real Madrid in the list of the clubs interested. He was eventually bought by Pep Guardiola managed side Bayern Munich.

Given his strong physical strength and an ability to cleverly read the game according to its situation, the 28-year-old Chilean is one of the top defensive mids in the modern game. He was also one of the driving forces of the Chilean national team victory of the Copa America. With his inclusion, the Bavarians look like one of the most dangerous sides in European Football. 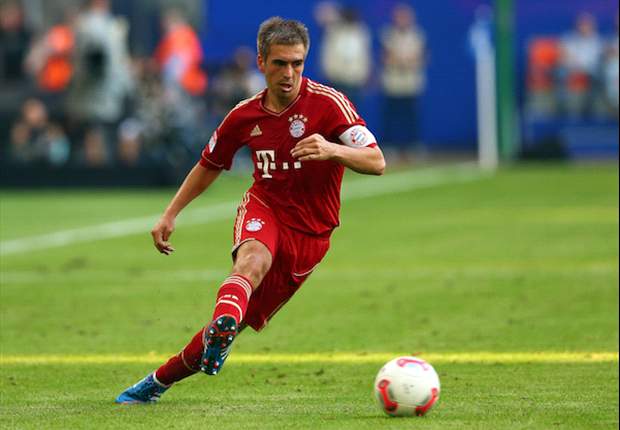 The 31-year-old German might be very well known for playing as a full back, but he is a defensive midfielder as well. Philipp Lahm is broadly acknowledged for his runs on the wings, but he contributes a lot more than what a usual defensive midfielder does. He has already earned every possible accolade, includig the World Cup triumph in 2014 and the treble win with Bayern in 2012-13. He creates chances for his team and contributes majorly from the defensive department too. Given the German’s diverse range of skills, the club’s gaffer Pep Guardiola labeled Lahm as the “most intelligent player” he has ever coached.  Thus, he finds the 3rd spot in our list.

Nemanja Matic ends up as the runner up in this list. The 27-year-old was one of the vital reasons for the success that the Stamford Bridge club earned in the 2014-15 season. The Serbian is now one of the quintessential parts of the Mourinho set up for the Blues and has admirers from all the top clubs in Europe.

When the Serbian was sold to Benfica, there weren’t any eyebrows raised but there were certainly some when Jose Mourinho decided to re-sign him as the club’s first choice defensive mid. Soon the world got to see Matic’s talent and Mourinho’s mastery. Matic and Fabregas have been an excellent attack-defense duo in the Blue midfield.

His contribution to the club’s success earned him a top class whoscored rating of 7.50 and thus Nemanja Matic occupies the second place on our list of best defensive midfielders in the world right now. The treble winner with Barcelona and the World Cup and Euro Cup winner with Spain, Sergio Busquets is widely heralded as one of the game’s finest pivot midfielders and is one of most important elements of the Tiki-Taka game play for the Catalans and the Spanish national team.

The 27-year-old has exquisite ball distribution skills and is an excellent tackler of the ball. He is tasked with  stopping numerous attacks of the opposition before they even actually start. His importance to the club can be highlighted by the fact that he replaced the dynamic Yaya Toure from the first team and has been first choice since then for both club and country. He also forced Javier Mascherano to play at center back, despite the fact that the Argentine has more experience at the position!

It is very very difficult to be recognized in a team full of footballing geniuses like Lionel Messi, Xavi Hernandez and Andres Iniesta but Busquests works as one of the silent gems of the team.

To quote a Argentina manager, “The first time I saw Busquets playing, I called a friend and said: ‘I saw a player from an extinct species’. An absolute talent.”

And that is why he is the winner in this list of current top defensive mids in the world.