Top 10 French Players To Play In The Premier League

The English Premier League is arguably the best in the world. The reason is not only it’s competiveness but also the blend of players from around the globe. France have produced some of the best footballers on the planet, and some of them have graced the premier league with it.

With currently likes of Anthony Martial, Olivier Giroud, Hugo Lorris, Yohan Cabaye, Laurent Koscielny and Dimitri Payet and many more French players plying their trade in Premier League, there were some who left legacies behind them.

Here we bring 10 of the best French players to have played in Premier League.

NOTE: The list is decided on multiple factors like time spent in the league, trophies won and individual impact of the player.

Marcel Desailly was captain of the Chelsea side in the pre-Abramovich era. Signed from A.C. Milan in 1998, where he had already won the Champions League, Desailly proved to be one of the best centre back-cum-defensive midfielders in the Premier League. Great leadership qualities combined with his physical, mental and footballing skill rightly earned him the nickname “The Rock”. His ability and confidence on the ball made him shift to midfield throughout his career. Desailly also was the integral part of the French team that won the 1998 World Cup as well as 2000 Euro Cup, with him featuring in the All Star team in both the tournaments. Though he never won a Premier League title with Chelsea, he did guidethe club to the FA Cup in 1999-2000 season.

Tenth on our list is the only man to have played for the three London clubs, Chelsea, Arsenal and Tottenham. The look at the clubs he played for clearly shows the talent possessed by the centreback. Signed by Claudio Ranieri, Gallas formed a formidable partnership with John Terry. He won back to back titles with Chelsea in the 2004-05 and 2005-06 season. He is also known for his versatility, as he was played out of position at the full back positions throughout his Chelsea career. Though he left Chelsea in a bad taste, he was definitely an important player in one of the most successful sides at Chelsea.

The defender was equally brilliant at Arsenal, if not more. Handed the number 10 jersey despite being a defender, Gallas quickly became the number one centre back in the side, and eventually captained the side. Though he never won any trophy with Arsenal, he scored prolifically for a defender and was finally let go by the club as a free agent, only to join rivals Tottenham Hotspurs. With strong performances, he earned himself a contract extension, though the later part of his career at White Hart Lane was marred by injuries.

Next on the list is former Manchester United left back Patrice Evra. The Frenchman was the part of the United team which dominated the Premier League. Since joining the Red Devils, in the 7 seasons he played for United, Evra won 5 Premier League titles, including the 3 back to back titles from 2006-07 season to 2008-09 season. Being the number one left back for Sir Alex Ferguson’s United, Evra made 273 appearances for the club. Though not very strongly built, Evra was a fierce competitor, never backing down from any challenge, and making surging runs inside the opposition half. Also, though standing at just 5 ft 9 inches, he had a knack of winning headers, thanks to a wonderful leap. He also featured in PFA Premier League Team of the Year in the 2006–07, 2008–09, 2009–10 seasons. Though Evra was one of the most important players for United, he is often ignored when legends are pointed out as he is over shadowed by the likes of Paul Scholes, Rio Ferdinand, Cristiano Ronaldo and Wayne Rooney. 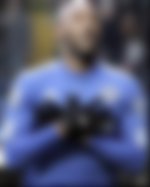 On number 7 is the current Mumbai City player-coach, Nicolas Anelka. The striker has played for an astonishing 6 Premier League titles during his career. Like many Frenchmen in Premier League, Anelka was groomed by compatriot and coach Arsene Wenger. Arriving at Arsenal just at age of age of 17, Anelka was the key player for the gunners during their double win of the Premier League and FA cup in the 1997-98 season. The following season saw him top scoring for Arsenal with 17 goals, earning him the PFA young player of the year award. After a short loan spell at Liverpool and two impressive seasons at City and Bolton Wanderers, he joined Chelsea. Spending the peak of his career at the London club, he scored 59 goals in 184 appearances for the Blues, though often overshadowed by the genius of Didier Drogba. He then went on to join West Bromwich Albion, after a brief stint in China and Juventus, before deciding to become a part of the  Indian Super League.

Another gunner of the list is Robert Pires. The magician from France is a cult hero for Arsenal fans as he produced many delightful moments for them in an Arsenal shirt. Great feet, wonderful vision, and an immaculate right foot, Pires was bound for greatness. Initially struggling to adapt to Premier League style, Pires worked hard and eventually established himself as the one of the best players in the league. The winger won 2 Premier League and 3 FA cup titles in his 6 seasons at Arsenal, including the “invincibles” season in 2003-04, when he formed a wonderful partnership with Thierry Henry as the duo notched 57 goals in all competitions. The contribution was duly rewarded as he featured in the prestigious PFA team of the year 3 times, in the 2001–02, 2002–03 and 2003–04 seasons. His highlight was probably the 2001-02 double winning campaign when he ended as the league’s highest provider, with 15 assists despite missing out the last two months through injury. He won the PFA Players’ Player of the Year Award for his stellar performances. He eventually left Arsenal, but not until he earned the legendary status in hearts of the fans. A brief stint at Aston Villa ended after Pires failed to earn a long term contract at the club.

The next name on the list is the man who was known not only known for his work on field, but was as well as off it, David Ginola. The Frenchman started his Premier League career for Newcastle United in 1995 at a time when Newcastle were trying to be the best team in the league. Though, The Toons were piped by Manchester United in both the seasons Ginola played, his performances were getting a lot of attention. Even Barcelona tried to sign him, only for the bid to be rejected by Newcastle. Later, after falling out with new coach Kenny Dalglish, Ginola signed for Tottenham Hotspurs.

At Spurs, the highlight of his career came when he won the PFA player of the year award in 1999, despite his team finishing outside the top 4, becoming the first ever player to do that. He also won his only silverware in England during his time at Spurs, as he played an integral role in 1999 League Cup win.

Ginola did play 32 games for Aston Villa and 5 for Everton, though his best days were past him.

There is not even a single player in the Premier League apart from Claude Mekelele who has a position named after him – the Makelele Role. The defensive midfielder played a massive role in Chelsea’s resurgence under the reign of Roman Abramovich. Like Gallas, another Claudio Ranieri signing, Makelele had already made an impact on world football, as he came from back to back league title wins at Real Madrid.

The talents of the Frenchman can be understood by the quote of Zidane when Claude was sold to Chelsea and replaced by David Beckham:

“Why put another layer of gold paint on the Bentley when you are losing the entire engine?”

Makelele made an astounding mark on Chelsea, as he orchestrated from a deep lying position. His defensive qualities gave the likes of Frank Lampard, Ahsley Cole and Michael Essien the freedom to go forward. When Jose Mourinho arrived at Chelsea, he was equally impressed by Makelele and even labelled him “Chelsea’s player of the year” during their record 95 points haul season of 2004-05. He was also inducted in the FIFA pro XI for the season.

Claude, 35 then, was instrumental in helping Chelsea reach the final of 2007-08 Champions League, though they lost the final against Manchester United on penalties.  The season turned out to be his last for the club as he departed with much respect of fans and colleagues.

Another “invincible” on the list is Patrick Vieira. Vieira’s importance can be understood with the fact that Arsenal’s domination started with his arrival, and ended when he left the club. Joining the club in 1996, he arrived at the club in the same season Arsene Wenger was announced as the manager. But no one would have predicted that the French player and manager would prove out to be one of the best captain-manager duos the club has ever seen. Standing at 6 ft 4 in tall, Vieira was a complete midfielder. Powerful, great tackler, intelligent passer, superior aerial abilities and pace made him a huge asset for both attack and defence. He was a great leader as he often galvanised the team during games and at half times. His famous rivalry with Roy Keane is till date one of the greatest seen in the Premier League. Roy Keane described Vieira as an opponent as “very very very tough”, describing the nature of the Frenchman. At his time at Arsenal, he won 3 Premier League titles and 4 FA cups. The midfielder was also named the prestigious PFA Player of the Year in 2000-01 and featured in the PFA team of the year 6 times. He also won another FA cup winners’ medal at his one season stint at Manchester City.

Next on the list is the man who needs no introduction. One of the most lethal strikers to have ever graced the game, Thierry Henry is arguably the best Arsenal player in modern era. Containing all the attributes required for a complete striker, Henry took the Premier League and the World by storm when he arrived at Arsenal in 1999. In the eight seasons at Arsenal, Henry won 2 League titles and 3 FA cups being the top scorer in almost all the seasons. He also became the all-time leading scorer for the club with 228 goals in all competitions. Apart from guiding the club to 2005-06 Champions League final, he was also was part of the famous “invincibles”. Finishing runner up for the Ballon d’OR twice, he was a phenomenon who continued Arsene Wenger’s French Revolution.

Top of our list is occupied by the “The King” —  Eric Cantona. After making a mark at Leeds United, Eric Cantona was signed by Sir Alex Ferguson at a mere £1.2 million. What followed made the fee look more than a bargain. In his 5 seasons at United, Cantona won 4 league titles and 2 FA cups, playing an important role in all of them. Scoring and assisting almost at will, Cantona became one of the most feared strikers in the world. Almost having an elegant arrogance about him, Cantona played on the field with a lot of aggression. Though he sometimes failed to keep his emotions in check, which led to the infamous “kung-fu” incident which led to a full season ban on the striker. That was the only season United failed to win the title during his time at the club, again proving his importance in the team. He was also known for his famous and witty quotes. He also was awarded with multiple individual accolades during his time in the Premier League.