The Top 10 Horror Games That You Definitely Need to Play

Horror games. They can either resort to cheap jump scares, causing nothing but multiple eye rolls, or can stealthily creep up on you, taking hold of your imagination late into the night, when the rest of the world lies asleep. Are the noises you hear simply the wind or the creaks of an old house? Or is there something more sinister that lurks underneath the floorboards?

The popularity of the tricky genre mainly stems from the powerless position of the player. Rather than being an aggressor, you have to defend yourself and retreat from enemies to survive the onslaught of the horrors within. There is a persistent, uncomfortable feeling of vulnerability, whether you are sitting helplessly behind a desk as Freddy searches for you, or whether you fight a horde of civilians-turned-zombies.

Some of the best horror games haunt players even long after the gaming experience. Apart from jump scares and gore, horror games also enmesh the concepts of sci-fi and survival. It requires appropriate narrative, precise timing, and a proper build-up. Here is an especially curated list of Top-10 horror for a true connoisseur of the genre!

Developed by Supermassive Games, this game is played from a third-person perspective. Players assume control of five distinct characters who partake in an underwater diving expedition to find a submerged plane wreck. Their journey takes a fatal turn as the five individuals are taken captive by pirates and confined in a large ghost ship.

Players have to make swift life-or-death choices, which have game-altering consequences. Split-second decisions transform the characters’ fates and the outcome of the narrative, with the game having multiple endings. Man of Medan draws inspiration from the popularity of Until Dawn and also offers two distinct multi-player modes.

A creation of EA Redwood Shores (later Visceral Games), Dead Space blends science-fiction with survival and horror. After a malfunction causes a huge deep-space excavation ship to crash, Engineer Isaac Clarke embarks on a mission to navigate and repair the ship. A nightmare unfolds as he finds out that the ship’s crew has been infected and massacred by the Necromorph alien scourge.

Players assume control of Clarke from a third-person perspective. Trapped and cut off, the character experiences symptoms of psychosis and dementia in his desperate fight for survival. Players have to slay and dismember Necromorph enemies en route to uncovering the narrative’s terrifying truth. Apart from an arsenal of highly improvised weapons, the game also flaunts zero gravity and real-time combat.

Capcom set a fresh course for the Resident Evil franchise by opening the door to heart-pounding horror experience with Biohazard. A complete revamp of gameplay systems, powered by the RE Engine, propelled this survival horror experience to the next level.

Set in modern-day rural America, players control protagonist Ethan Winters from a first-person perspective as he searches the Baker residence for his missing wife. Ethan can arm himself from a diverse pool of traditional weapons to defend against the Baker family and the “Molded” humanoid fungus. The gameplay entangles horror and exploration, with stealth also playing a pivotal role in averting certain confrontations.

This survival horror video game by Creative Assembly and Sega is set several years after the Alien sci-fi horror film’s events. Amanda Ripley’s mission to unravel the truth behind her mother’s disappearance becomes a desperate battle for her survival.

A player must navigate through an increasingly volatile and unpredictable world to overcome being hunted down by a ruthless Alien. Amanda has to improvise solutions to stay alive and succeed in her mission. Additionaly, she has to scavenge for vital resources while exploring a mysterious inhabited world.

Created by Team Silent and Konami, Silent Hill 3 is a direct sequel to the first game in the iconic series. Players take control of Heather, a teenager, from a third-person view, who becomes entangled in the intrigues of a town cult seeking to revitalize an evil deity. The gameplay emphasizes collecting essential items, solving puzzles, combating monsters for survival, and having some fresh mechanics compared to the previous games.

This first-person survival horror and adventure video game from Frictional Games is a classic experience that will chill anyone to the core. Players are put the shoes of the “unseen protagonist”, Daniel, who wakes up in a desolate Brennenburg Castle, unable to recollect his past—a game about immersion, exploration, and surviving a nightmare. With a simulated world, 3D graphics, and no cut-scenes, players’ only defense is running, hiding, using their wits, or restaring the journey again.

Developed by Supermassive Games, the gameplay for this drama and survival horror title features a combination of cut-scenes and third-person explorations. Players assume control of eight friends, who stranded on a mountainside and have to survive until rescue arrives at dawn.

By utilizing a sophisticated butterfly effect system, every decision a player makes drastically alters each character’s fate and influences the relationships between them. The game is especially famous for its quick-time events, where players have to think on their feet or face the disastrous consequences.

Based on the original release in 1998 by Capcom, this remake is a reimagining of a horror classic. But this time, it has a more profound narrative experience. Players join police officer Leon S. Kennedy and college student Claire Redfield in their attempt to flee during a zombie outbreak.

Players have to engage in frantic combat with enemies, solve puzzles to access areas, collect and use items in a constant, terrifying fight for survival. The realistic visuals are a crucial feature of the series-defining gameplay. 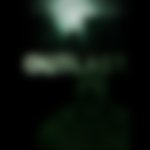 A first-person survival horror game developed by Red Barrels, Outlast aims to show that in the end, human may be the most terrifying monsters. When put to the test, there can be nothing more evil than the human mind. Playing as investigative journalist Miles Upshur, players explore a remote psychiatric hospital. The objective is simple- survive long enough to uncover the location’s wretched secret.

Inspired by Amnesia: The Dark Descent, the player can surive the stealth-based horror experience only by running or hiding. All the while, players having little idea of when or where the asylum’s terrifying inhabitants will catch up to them.

This survival horror video game from Team Silent and Konami has become one of the most disturbing games ever made. After receiving a letter from his dead wife, James Sunderland navigates through the monster-filled town of Silent Hill. All the while, he hopes against hope that his wife is still alive.

The game features a third-person view with different camera angles. However there is no heads-up display to check the character’s health, location, and items. The gameplay is about exploring the town with a flashlight and radio, getting keys or other items to bypass obstructions. Understandably, it does not lay much emphasis on killing enemies. Much of the environment is dark, and the flashlight is often the only source of light.

Shortlisting only ten games from an ever-expanding pool of classics is a tough task, and definitely leaves out some worthy games. Experiences such as Little Nightmares, Five Nights at Freddy’s: Sister Location, Granny, Suite 776, and We Happy Few are honorable mentions that have carved a small fan-base in their own right.

Which games should we include in our follow-up listicle? Let us know down below!