The Champions Trophy final beholds another faceoff between the arch-rivals India and Pakistan. India coming into the last round with supreme batting displays from Shikhar Dhawan, Rohit Sharma, and Virat Kohli, whereas Pakistan excelling in the bowling with Hasan Ali and Junaid Khan. The history hails Pakistan as ahead in head to head, but they have already faced a defeat against the Indian side earlier in the tournament.

Sachin Tendulkar holds the record for the most runs in India-Pakistan ODI clashes followed by the Pakistan veterans Inzamam-Ul-Haq and Saeed Anwar. Shoaib Malik is the current batsman with most runs followed by Yuvraj Singh and MS Dhoni. This India-Pakistan rivalry has been a serious issue for both the nations on the field for nearly 40 years now. These matches have seen some exceptional batting performances from the players over the years, let’s have a look.

Ganguly scored his 141 in the Carlton & United series of 1999-2000 at the Adelaide. Sachin and Ganguly started by putting up an 88 run partnership for the first wicket. After Sachin fell at a score of 41, Ganguly kept on the pace and settled in for another 50+ partnership with Dravid. He was the captain of the Indian ship for that innings as no other player could even reach a half century against the Pakistan pace attack. India won the match comfortably by restricting them to 219 in the second innings while chasing 268.

Sachin’s biggest score against Pakistan came in the 2004 Pakistan tour in Rawalpindi. The match can still be remembered as India’s closest attempt to a historic win. Pakistan set up a mammoth total of 329 in the first innings chasing which India could manage 317 with the heroics of Tendulkar. Pakistan started with a quick-fire first wicket partnership between Shahid Afridi and Yasir Hameed of 138 runs in 18 overs. Some last minute shots from Malik and Abdul Razzaq helped them to the 329 total. In return, India started well with Sehwag and Tendulkar putting up a 50-run opening partnership. No other Indian could provide a dependable support to Tendulkar. Though India lost the match, Tendulkar was still chosen as the man of the match.

This innings came in the Asia Cup of the 2004 season. It still stands as the highest score for Malik in ODIs. His innings included 18 fours and one maximum. Malik was the sole hero of the Pakistan victory in the match. Though Inzamam and Youhana started off well at the other end, they could not provide a solid support to Malik. Pakistan won the match after restricting India to 241 while chasing 301 at the Premdasa wicket. Sachin was India’s top performer managing to score 78. 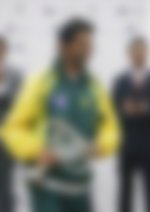 Not long after Malik’s innings of 143 in 2004, Dhoni’s innings of 148 in 2005 stole the limelight. India batting in the first innings put up 356 which was their third highest score to date. Dhoni paired with Sehwag and Ganguly to penetrate through the Pakistan attack. He truly broke apart the spinners with Shahid Afridi, Arshad Khan and Mohammad Hafeez going with economies over 7.5. This inning is a practical example of what we today call vintage Dhoni.

This surely is an unforgettable match inscribed in the hearts of millions of Indians. In the Asia Cup, chasing 329 from Pakistan, India scored 330 within 48 overs with 6 wickets in hand. Though Gambhir fell for a duck, Kohli and Tendulkar were not the ones to give up a fight. They put up 133 for the second wicket in 19 overs and brought India back into the game. Then Rohit Sharma gave a strong support to the masterclass of Kohli’s inning. India did not lose another wicket till the score was 305. Rohit played wisely supporting Kohli with a strike rate of 82 whereas Kohli in his blissful form hit 22 fours and one six to reach 183.

This innings from Saeed Anwar remained as the highest ODI score by a batsman for 13 years until it was broken by Tendulkar’s 200 in 2010. Such kind of hitting of the cricket ball was seldom seen on the cricket pitch till then. He hit 22 fours in the innings which was the then a record. Accompanying the fours were 5 massive sixes into the distressed Chennai crowd. Pakistan totaled 327 chasing which India could manage only 292 including Dravid’s century in a losing cause. This inning is still considered as one of the most destructive innings seen in an ODI.

An honorable mention in the list will go to Pakistan’s Ijaz Ahmed for scoring 139 not out off 84 deliveries in the 1997 series. His strike rate of 165 is still unmatched.