Top 5 transfer gossips of the day

Europe has been busy with the Brexit referendum and the consequences that Europe and the UK will face because of the result but this somehow hasn’t stopped the transfer market from making its own headlines and astonishing the media and fans by making strange and unimaginable transfer moves.

Here are some of the more prominent transfer stories of the day.

A transfer story article without the Dortmund forward is simply impossible in this summer’ transfer market.

Aubameyang’s father has told AS that Atletico Madrid is willing to get their hands on the 27-year-old striker.

“Interest from Atletico? Yes, and from many other teams But we have four years of contract left with Borussia and out of respect we must not speak. But it’s logical [after] seeing the past season that he produced.” – Pierre-Francois Aubameyang

The Gabon international is one of the hottest properties in Europe this summer and it is going to be a long anxious wait for everyone before something official happens.

The Wolfsburg sporting director Klaus Allofs has quoted that the player’s price will increase if Arsenal fails to sign him before 1st July.

He told Kicker – “We are on the alert and we are prepared. They will not get cheaper, rather the opposite.”

The Swiss international has been heavily linked with a move to Emirates in this summer’s transfer market and Wolfsburg is willing to sell him at the right price.

The Armenian who is desperate to sign for Manchester United has finally been given a green light according to German newspaper Kicker. Dortmund was quite reluctant to sell Henrikh until now but according to the reports the Germans will let him move on if they get around £31m for him.

The midfielder who was on his way to Manchester United this summer was shell shocked after the deal broke down due to the failed negotiations between the two clubs.

As per the media reports Man United were reluctant to pay £20m for the Brazilian and henceforth the negotiations went southwards eventually resulting in a deal failure.

“I don’t know why it didn’t work out. But I’m very calm, I have a long contract ahead. I have a good relationship with the club and when I get an offer that is good for me, and especially for the club, I will leave.”

Man City have hit the release clause button for the Spaniard after making an official bid of £13.8m this week. The 29-year-old winger is a great prospect and Manchester City boss Pep Guardiola is looking forward to working with him but nothing has been confirmed yet and it seems that the Celta Vigo starlet will come forward with a decision only after the Euros, he quoted:

“We’ll see what happens with my future, but I won’t complain about how things are going for me sportingly, for now, I haven’t signed with Manchester City, but I won’t lie so we’ll see. I haven’t spoken to Guardiola.” 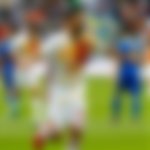