Transfer News Live: Bruna Fernandes’s move to Manchester United might be off, Bayern pulls out of a race for Wener , Young and Giroud set for Inter Milan, Soumare chooses his next club

The January transfer window is here, and the rumours and already making circles with some early moves already completed.

According to tvi24, Negotiations between Manchester United and Sporting over Bruno Fernandes are close to collapsing over the star’s price tag, claims.

20-year-old Lille starlet Boubakary Soumare is reportedly set for a move to the Premier League and favours joining Chelsea over Manchester United this January, as reported by Metro.

Manchester United have been offered the chance to sign Edinson Cavani on a free transfer in the summer, according Manchester Evening News.

Olivier Giroud is believed to have finalised his move to Inter Milan. He is expected to finalise his deal this weekend as preparations for his medical is ongoing in Milan. A deal worth around the €8.5 million mark is expected to have been agreed between the Chelsea and Inter Milan.

Arsenal‘s most reliable mouthpiece, David Ornstien has reported that the club is in advance talks with PSG defender Lavyin Kurzawa. He’s out of contract in the summer and the Gunners would be looking to snap him up on free.

Manchester United full back, Ashley Young has agreed a move to Serie A outfit Inter Milan. He will be a free agent in the summer and hence the transfer fee involving the player is reported around €1.5 million.

Chelsea youngster, Reece James has signed a new long-term contract at Chelsea, keeping him at the club until 2025.

Tottenham Hotspurs are joined by Sevilla in their pursuit to sign AC Milan striker Krzysztof Piatek this month. The Polish striker is set for move away from Serie A as he looks to rediscover his impressive form.

As per Daily Express, Bayern Munich have pulled out of the race to sign Timo Werner, alerting Liverpool Manchester United and Chelsea. The striker will decide his next move by April. 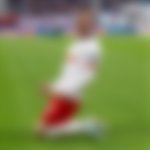 As per The Mail, Bruno Fernandes‘s representative had flown to out to London on Friday to finalise a deal with Manchester United. The Portuguese international looks set to complete a £55 million switch to Old Trafford.

The Sun has reported of Chelsea manager, Frank Lampard’s wish to bring back Ryan Bertand back to his old club. The Southampton left-back left Stamford Bridge in 2015. Lampard is looking at him to solve his defensive problems.