The entire world has its eyes set on the Copa America Centenario and the Euro 2016 but still there are plenty of transfer talks going on and lots of deals have been finalized, here are the five top news for today. 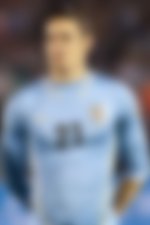 Arsenal are reportedly behind the Uruguayan since the Jamie Vardy deal is stalled. Cavani, 29, will be the second choice target for the gunners if they fail to get their hands on the foxes’ goal scoring machine.

The Jamie Vardy deal which seemed quite imminent before a few days was put on hold because of the striker facing a conundrum about whether to stay at Leicester or to join the gunners.

The Sevilla Boss has finally left the Spanish side after winning a record two consecutive Europa Leagues with the club. Unai’s next destination is yet to be confirmed but as per the rumors in France he is set to replace Laurent Blanc albeit there are no confirmations from either party.

Apparently, the PFA player of the year has been linked with the likes of Manchester United, Barcelona, Arsenal and many other top European clubs. The Algerian is currently on a holiday and has recently quoted that:

The Leicester fans who are desperate to see him wear the Leicester jersey next season will have to anxiously wait and see what happens in the near future.

The De Gea transfer saga is back and this time the ball is in the court of Manchester United.

The Spanish international has his release clause expiring this Wednesday which means that Real Madrid have very little time to get their hands on the United no 1.

The Bosnian has finally completed his medical at Juventus (Juventus.com) and is going to join the Italian champions for a reported fee of £30m.

Pjanic was linked with a move to Chelsea during the start of the summer but the speculations have been finally put to bed with the club confirming his arrival.