Benteke to Liverpool through Swap Deal! Liverpool will offer Rickie Lambert plus cash for Aston Villa striker Christian Benteke, according to​British Media. Benteke has emerged as a top target for the Reds, who are plotting a major summer shake up after finishing sixth in the Premier League. The Belgian Forward is on Chelsea’s Radar as well, having a goal average of .41 which second to only Agüero in Premier League. He played fantastically for Villa in the second half of the season, being able to score in crucial encounters. His aerial ability is second to none, which is one area the Reds have been missing this season season. The player is expected to be worth around £25 to £30M. On the other hand, Lambert, who was the subject of a bid by the Villains in January, is also known to be wanted by Crystal Palace and newly promoted side, Bournemouth. 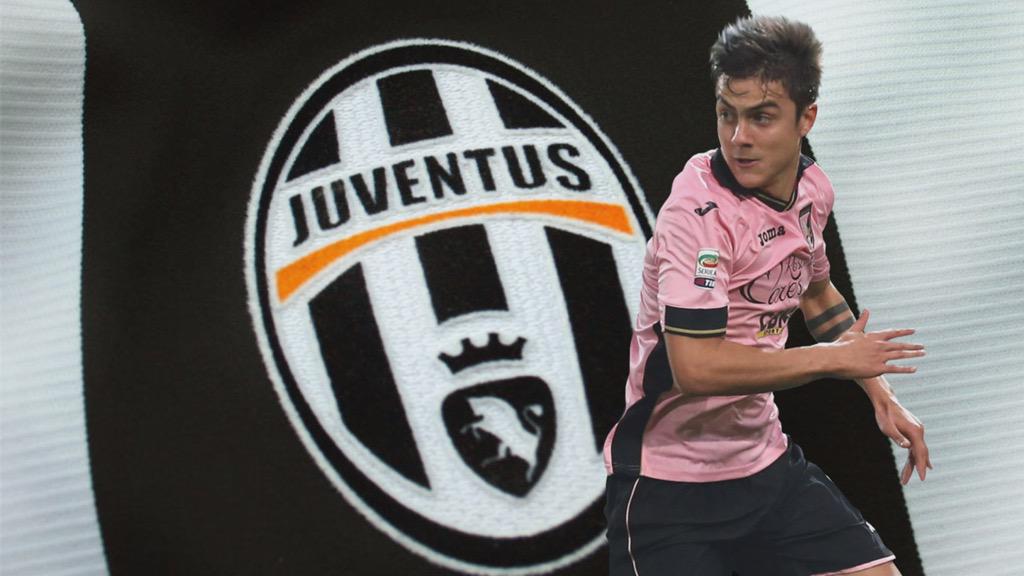 What could have been one of the biggest transfer sagas of the summer has finished even before it began, as Palermo striker Paulo Dybala confirmed his move to Juventus on Sunday.
The Argentinian forward is one of the hottest prospects in European football right now after an impressive campaign for Palermo, leading the likes of Manchester United, Arsenal and Chelsea to show an interest in the 21-year-old. Dybala has 13 Serie A goals to his name this season and will make a top addition to the Old Lady. Champions League finalists Juventus have stolen a march on their rivals and swooped for Dybala for a reported €40m.

The headline story in the French capital will pick the interest of Manchester United fans. According to the report, Angel di Maria’s time at Manchester United may be about to come to a close as PSG aim to sign the Argentine this summer. PSG is desperately looking for a left sided forward player, and the Parisians believe that Di Maria fits the bill perfectly. Perhaps the most interesting part of the story is the suggestion that PSG may try to include Dutch international right-back Gregory van der Wiel into the deal.

The Paris side were first looking to launch a £50m bid but now they would be looking for a swap plus cash deal to secure his services.

The belief is that Man United are on the lookout for a new full-back this summer, and van der Wiel could tempt United into completing the sale of Di Maria.

Blues boss Jose Mourinho is understood to have contacted Ghana coach and former Chelsea boss Avram Grant about the Baba Rahman, who has impressed with Augsburg in the German top flight this season.The champions are believed to be ready to make a bid for 20-year old left back.

Chelsea signed Filipe Luis last summer from Atlético Madrid, but the move has not worked out well for the Brazilian. He has had to play second fiddle to Spaniard Cesar Azpilicueta. Mourinho looking to strengthen his defense further, this should turn out to be a good move, considering the many ageing players in the squad too. Torino’s Matteo Darmian and ​Sevilla’s Aleix Vidal are primary targets for Barcelona as Dani Alves prepares to announce his Camp Nou exit. Alves has reportedly rejected the Spanish champions’ offer of a new two-year deal in favour of a free transfer move to Paris Saint-Germain. Barcelona, who are two wins away from the treble this season, are unable to bring in immediate reinforcements as a result of the transfer ban imposed upon them by FIFA, which runs until January 2016. Both players are valued around 10-15m euros.

However, this has not prevented Luis Enrique from identifying possible targets, with Darmian and Vidal rumoured to be at the top of the Asturian’s list.