by Avhinandan Chakraborty
The Verge

“I Don’t Know When I Will Stop Crying”: LA Clippers’ Montrezl Harrell Mourns the Loss of His Grandma

Audible Magic and Twitch have been in partnership since 2014. Audible Magic basically goes through Twitch stream archives and mutes audios that have copyrighted music. The DMCA [Digital Millennium Copyright Act] prohibits the infringement of copyrighted digital property. It orders takedowns in case of any copyright violation takes place.

Simply put, if a streamer plays copyrighted music live on stream, he/she is violating copyright laws. DMCA will issue a takedown in that case after reviewing and if found guilty of the charge the streamer will have to mute or remove the section that contains the copyrighted music. Twitch is not alien to takedown requests. The huge influx of these requests issued in June is highly concerning. This will majorly trouble many small-time Twitch streamers. 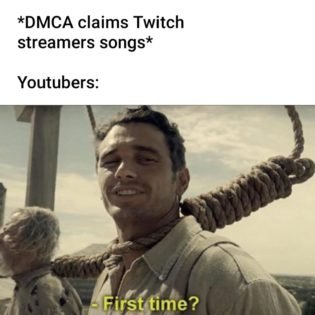 Usually, it takes months or sometimes years to build a channel. That means thousands of hours of streams uploaded on each channel. As a result, streamers are now expected to go through every video they uploaded, manually. They need to mute the audios which contain copyrighted music. Ignorance will only result in serious consequences. Three copyright strikes usually mean a ban from the platform.

In some good news, Amazon’s platform has provided a sigh of relief for the streamers. All the June takedowns will be done without the streamers incurring any penalty from it. 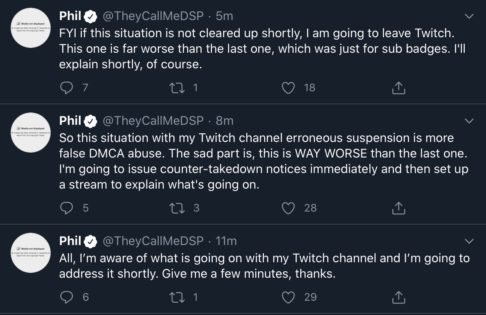 In a recent Antitrust meeting held with the Congress, Amazon owner’s replies startled a few people. He was questioned regarding Twitch allowing music to be streamed unlicensed. All Jeff could reply was – ” I don’t know.”

This is in fact not surprising considering he heads a multifaceted company. Surely there are people to look after this issue, other than Jeff. But in conclusion, it still means that Twitch is not yet ready to handle DMCA takedowns efficiently.