The COVID-19 pandemic has not been kind to the global economy. Industries all over the globe have failed to perform and things are not looking good. But one particular industry that has seen a huge increase in numbers is the streaming industry. This does not come as a surprise per se considering everyone was forced to remain indoors due to the pandemic and well, had to find a source of entertainment. This is where the big 3 come into the picture – Twitch, Facebook Gaming, and YouTube Gaming.

These 3 platforms have managed to entertain their audiences throughout the lockdown. Not only have these platforms seen a rise in viewership, but also in the numbers of streaming channels available. Both content creators and consumers have seen a rise in numbers and it is a very good sign for an industry that is booming globally.

Mixer was another major player but, unfortunately, Microsoft made the decision to shut it down. The news came as a shock to everyone but it was bound to happen at some point. It was started in the year 2017 and in its 2-3 years of operation, it failed to capture a substantial chunk of the streaming market. People will argue about multiple reasons leading to its shutdown but the bottom-line remains that it failed to perform. Facebook Gaming took over the business side of it and the streamers were free to move to Facebook or any other platform of their choosing.

So, this leaves us with the 3 behemoths that are Twitch, Facebook Gaming, and YouTube Gaming. All three platforms have something different to offer in terms of features and content, to an extent. So the question arises, which is the best platform? Here, we’ll discuss both quantitative and qualitative aspects that will help us determine which the best of the 3. 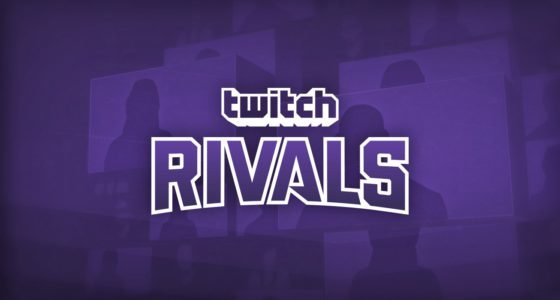 Twitch is the undisputed king as far as gaming streams are concerned. Formerly Justin.tv, Twitch came into existence in 2007 and hasn’t looked back since. It was acquired by Amazon in 2014 and has grown exponentially over the years. Twitch boasts a great user base and long watch times for its streams. Even the world’s biggest streamer, Ninja, rose to fame through Twitch. He is still the most followed person on Twitch but no longer streams for the platform. Let’s take a look at the numbers to back up Twitch’s dominance. 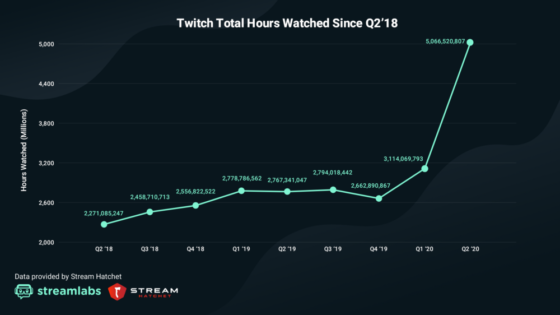 According to the Streamlabs report for Q2 of 2020, Twitch had around 5 billion hours watched! That is substantially higher than Facebook and YouTube combined. Twitch now has a 67.6% market share. It had 197 million hours streamed, which consists of around 76.5% of the market. It even saw around 9.9 million unique channels in this period which is 63% more than the previous quarter. Twitch dominates every single category merely based on the numbers.

What makes Twitch so different? Well, for starters, Twitch is a gaming streamer’s paradise. It is where the gamers, esports players/leagues, gaming content creators are. The community is based on their love for gaming and the other content that people make here is also largely related to the gaming culture. For example, there are a lot of DJs who perform live on Twitch. Even the rapper Logic has now signed an exclusive deal with Twitch. All the biggest streamers in the world are or have been on Twitch and that includes Ninja, Shroud, Tfue, Nickmercs, Gaules, Dr. Disrespect, etc.

Twitch has had a history of banning people which may or may not have been in the platform’s favor. But it still manages to outperform the competition, which shows that it is still the number 1 choice for creators and consumers alike. Apart from streams, Twitch has a bi-annual Twitch Con- a gaming convention for the community. It also has regular Twitch drops for upcoming games and an invite-only Tournament called Twitch Rivals. Overall, Twitch is still the king and is yet to see someone go toe-to-toe with it. 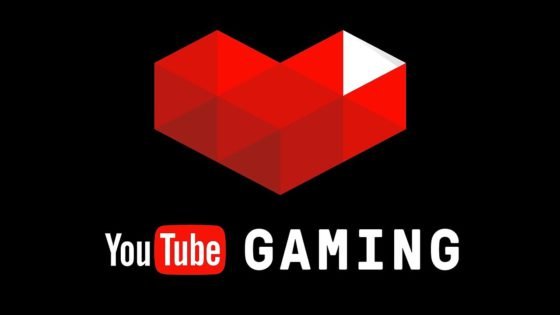 YouTube Gaming would definitely come in the second place if we are ranking streaming platforms. This is not a surprise considering it is the biggest video platform in the world. The sheer volume of content available on YouTube is astonishing. But, when it comes to streaming, it still falls behind Twitch. YouTube moved YT Gaming to its main site in order to bring everything under one platform. This may have been a good decision for the platform because it has seen a growth in numbers. 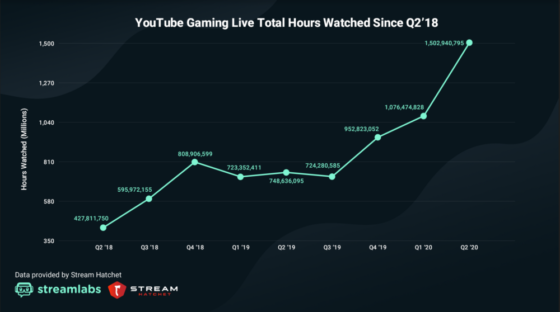 In Q2 2020, YT Gaming had around 1.5 billion hours watched. This is 39% higher than the previous quarter. The total hours streamed were close to 16 million and the number of unique channels increased by 22% on the platform.

You may wonder how YouTube trails Twitch despite being the biggest video platform in the world. For instance, YouTube is abundant in content other than gaming and has only seen a growth in such content recently. Plus, the number of live streamers is much lower on the platform. But this does not mean that there is no growth potential. With the Mixer shut down, people were forced to choose between these 3 platforms.

The entire world is on YouTube. It may not be for gaming content, specifically, but they are there. It would definitely make sense for a content creator to switch to a platform that already has tremendous viewership and has an upcoming gaming community. Gaining traction on Twitch may be a tough nut to crack considering it already has creators for the same type of content. But the opportunities here are endless.

Even Ninja has had a few live streams on YT after the Mixer shutdown. It may not be doing things specifically for the gaming community but that doesn’t mean it won’t ever do that. There is great potential here and Twitch needs to buckle up for the ‘streaming war.’

Facebook may not be as big as it used to be back in the day, but this does not rule it out in terms of content creation. FB gaming was launched in 2018 with the motive of capturing a chunk of the streaming market. The platform already had a live feature and this was to facilitate new content creators on the platform. 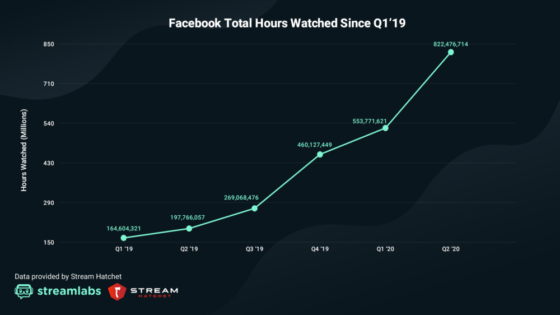 FB Gaming does not have numbers as staggering as Twitch or even YT, but its growth has been substantial. Total hours watched grew by 11% in Q2, hours streamed went up by 22%, and the number of unique channels increased by 55%.

The 822 million hours watched on the platform are notable because it is almost triple of what it was last year. So, don’t rule Facebook out just yet.

Yes, it may not be the platform of choice anymore for a lot of us. But the gaming community here is still growing and Facebook is helping in any way they can. They recently launched a dedicated Facebook gaming app specifically for the community. It also has a ‘Tournaments’ mode that helps users host tournaments in different formats, something YouTube or Twitch does not have. This shows that it is fully prepared to facilitate the streaming industry and is ready to take on the big league.

With the Mixer community moving to FB, it will also see a growth in numbers since there is now a multitude of streamers coming to the platform. That is not all. Microsoft’s upcoming xCloud service will also partner with Facebook.

Twitch still dominates, YouTube is not far behind and Facebook is looking to catch up soon. The Mixer shutdown shook things up on the industry and a year from now, things will be very different. The lockdown has been the driving force behind the staggering numbers in the last quarter but the real competition begins after things go back to normal. We will keep updating this space as and when new information comes our way.

We would also love your inputs regarding this. Any insights or points we may have missed are welcome and we would be more than happy to incorporate them into the article. Let us know what you think in the comments.