Twitch recently updated its Hateful Conduct and Harassment Policy with a goal to protect every community on the platform. The update not only clarifies the company’s stance on some important matters, but talks about it handling cases of harassment that take place of Twitch.

Twitch will not tolerate certain offensive behaviors, and will punish the users regardless of platform. Just to name a few, these are deadly violence and violent extremism, leadership in a known hate group, and terrorist activities.

The live streaming service claims that this is the first step towards making it a safer space for everyone. Off-platform misconduct has always been monitored by Twitch, but the investigations often took a lot of time.

To curb this issue, Twitch has partnered with a highly regarded investigations law firm. In addition to that, it has increased the size of its team that that handles internal law enforcement.

Twitch had sent emails to several creators, notifying them about the updated Hateful Conduct and Harassment Policy. As expected, this has sparked a debate between the streamers and their viewers.

One of the most prominent names who has actively criticized Twitch is Arab. He primarily plays Fortnite on his channel and has even collaborated with the likes of Tfue.

Arab sees Twitch’s updated policy as an explicit threat to his career.

Always knew the day would come, where I'd get banned on Twitch knowing that it wouldn't be from something I did on the platform.@Twitch will now be policing other social medias & taking into account your Tweets, your YouTube videos, your IG Posts. pic.twitter.com/XDhAMadBpp

Fans know Arab for his outright straightforward personality owing to which he constantly makes jokes on Twitter. At times, these are related to his own community, and might seem offensive at first glance. From the looks of it, he will have to restrict such remarks even outside Twitch to avoid a ban.

Other Fortnite pros like Bugha, Clix, and Ronaldo also have a similar image in front of their viewers. They often engage in verbal battles on other platforms and end up saying things that might get them banned now. 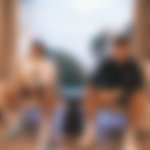 All in all, it is still too early to comment on the implications of Twitch’s new guidelines. As of now, the community can expect the company to use its off-platform misconduct policy judiciously.