Australia mocked on twitter after being whitewashed by Proteas

triple centurion Azhar,On the second day of the 1st test between Pakistan and West Indies, Azhar Ali managed to struggle his way to 302 not out, becoming the fourth Pakistan player to score a Test triple hundred after the likes of Hanif Mohammad (337), Inzamam-ul-Haq (329) and Younus Khan (313). Azhar’s mammoth individual score helped Pakistan ease their way to a first-innings total of 579 for 3. By the end of Day 2, Pakistan sit in the strongest of positions with the visitors reduced to 69/1 at stumps.

As Azhar marched his way to the fourth ever triple century by a Pakistani and the first ever in day-night matches, we take a look at the top tweets celebrating his incredible achievement:

What an innings @AzharAli_ wonderful to watch you play so well Congratulations for making 1st triple century in UAE with pink ball. #PAKvsWI

Congratulations @AzharAli_ for your tripple hundred and 4000 runs in tests. Great knock! #PAKvsWI

A monumental effort by @AzharAli_ tonight. Such a treat to watch his #300 not out against @westindies tonight. #PAKvsWI

579 on board n a Greattttttt innings by @AzharAli_ ….the mace is going to stay with us InshaAllah 😉 #PAKvsWI

302 isn't really a number you'd wanted to be associated with in Pakistan.. 😊

Congratulations @AzharAli_ for historic innings 👏👏👏
Proud to be your mentor 👍👍👍#PAKvsWI #300 pic.twitter.com/ayppbXkWjO

Last triple-century against West Indies was also by a Pakistan batsman, way back in 1958 – Hanif Mohammad (337)#PakvsWI

Hanif Sir (337) passed away few months ago, Inzamam (329) present at ground and YK (313) missed this test due to illness#AzharAli #PAKvWI

Started cricket as a leg-spinner & a tailender.
Converted himself to a top order batsman.#WellDone #AzharAli #Unbeatable300 #PAKvsWI pic.twitter.com/HuKwr3qnQv

Dear Pakistan
You guys are so good with the bat. Trading your bats with guns is crazy. Give it up. Follow #AzharAli
From an Indian.

Until now 2827 players have played in 78507 test innings, only 29 triple centuries scored, a probability of 0.03%. #AzharAli #PAKvsWI pic.twitter.com/okILW949BU 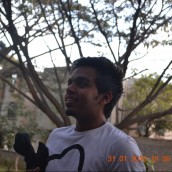 “This Has Been Completely Taken Out of Context”: Wasim Khan Makes a U-turn from His Own Comment

WI vs IRE 2020: Dwayne Bravo Back in the T20I Squad against Ireland