“Behind the Mercedes, Our Races Are Always Like That”- Carlos Sainz Laments Boring F1 Races

Tyron Woodley is a little under a week away from his return to the octagon. The former welterweight champion will headline the event on September 19. He will share the octagon with a former teammate and arch-rival in Colby Covington. This has been a fight two-and-a-half years in the making.

The former welterweight king is on a two-fight losing streak heading into this weekend’s fight. “The Chosen One” lost his belt to Kamaru Usman at UFC 235; a belt he had defended four times.

Following his defeat to Usman, Woodley had faced Gilbert Burns in May of this year. Burns took the fight via unanimous decision and, in the process, handed Tyron his second loss on the trot, something that had never happened before. 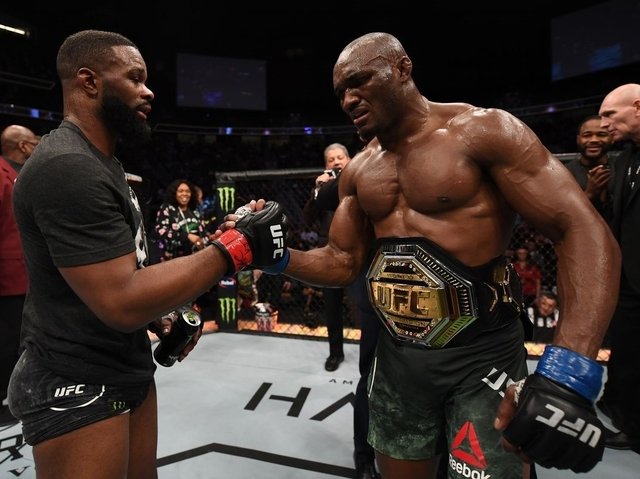 Heading into this weekend’s fight, Woodley faces a fight that has failed to materialize previously. In Covington, “The Chosen One” faces someone whom he greatly dislikes. Colby, on the other hand, is coming off a TKO loss against the Champion.

Recently, Woodley had shared a video on his Instagram. The video showed Jorge Masvidal helping him prepare for his upcoming fight. It is well documented that Masvidal had taken Covington under his wing and had supported his MMA dream early on. However, the pair recently burnt bridges over certain differences.

Tyron Woodley on Masvidal helping him train for Covington

In a recent interview with his own show, the Hollywood beatdown, T-Wood was asked how the training with Masvidal came about to which he replied saying, “Jorge Masvidal hit me up to come and train with me himself. He was a friend of Colby. He pretty much put Colby under his wing. Covington got to the point and we all said this at American top team. You’re (Covington) not Jorge Masvidal. You did not street fight. You did not have 50 pro fights under your name. You did not go through the mud like he did.

“He thought just by hanging out with him he adopted all his sinisterness and all of a sudden he became gamebred. Once he burnt the only person who gave him any type of credibility you just gotta look at a person like that and see the desperation.”

When asked what Masivdal bought to the training camp, the former champ said, “Nothing, Jorge Masvidal does not bring my camp to another level. He’s equal to me. He’s a training partner. A lot of people don’t recognise I’ve trained with Masvidal for 5-6 years straight at ATT. It’s not new to me it’s new to you guys cause of what he did to Ben Askren.”

Tyron Woodley Says Colby Covington Made Money Off His Name