UFC lightweight champion Khabib Nurmagomedov is set to return to the octagon later this month, although in a different capacity. The “eagle” is set to corner his cousin Usman Nurmagomedov in Abu Dhabi when he faces Jerry Kvanstrom. 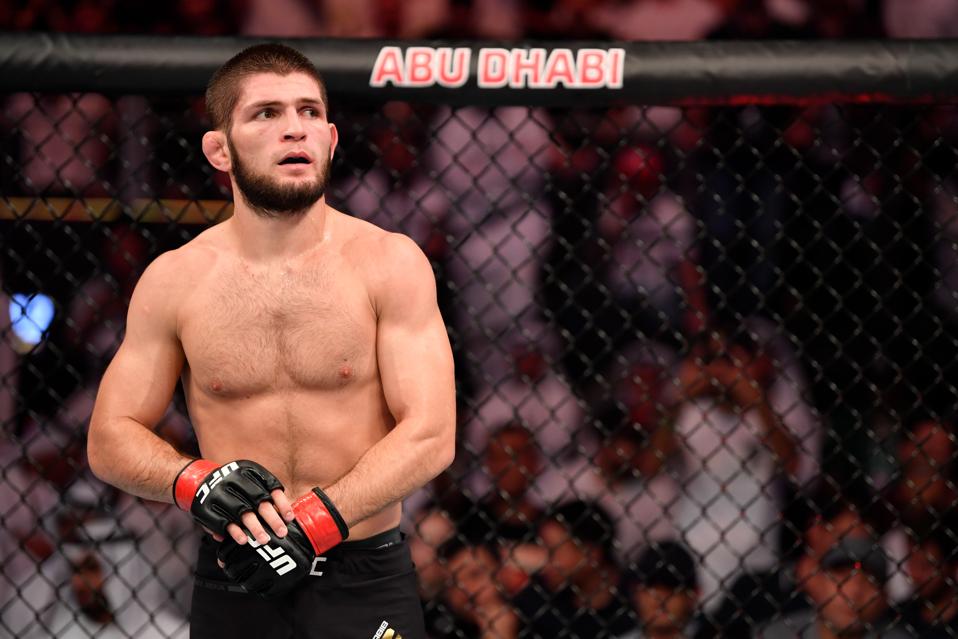 READ :“He Keep Drinking All the Time”- Khamzat Chimaev Says He Wants to Smash Conor McGregor

Usman has amassed an undefeated record of 9-0 in MMA and last fought against Ruslan Tuyakov in Gorilla FC. Unlike his cousin, Usman has been praised for his striking skills and has defeated most of his opponents via TKO.

Usman faces an experienced opponent in Kvanstrom. Jerry has amassed a record of 15-14  and is looking to get back to winning ways after his previous loss..

However, if Usman’s last fights are anything to go by, he’ll certainly be going into this fight as the favorite.

Despite coming from the famous Nurmagomedov family, Usman’s main strength lies in his striking coupled with dangerous submissions. He’s known for being equally good on the ground and will look to put the pressure on Kvanstrom from the very first round.

Just like his cousin, Khabib also announced his return on social media and will defend his title in October.

Khabib has been out of action since defeating Dustin Poirier in September last year. The “eagle” has endured a lot since after the tragic passing away of his father Abdulmanap Nurmagomedov.

Many speculated that Nurmagomedov would step away from the octagon for a while. White also revealed he would give Khabib enough time to mourn the tragic loss.

However, Khabib is looking to make a quick come back  and is set to face Justin Gaethje on the 24th of October.

What are your thoughts on Khabib cornering his cousin? Let us know in the comments below!

HILARIOUS! When Daniel Cormier Fell Down During a Press Conference Before Fight