Legendary MMA referee ‘Big’ John McCarthy has made an astonishing claim on Jon Jones title fight with Alexander Gustafsson. McCarthy officiated the fight between the two veterans at UFC 165.

The fight is considered one of the greatest light heavyweight title fights of all time. Jones and Alexander went back and forth for 25 minutes, with both men rushed to the hospital straight after the fight.

Jon Jones if often considered as the greatest fighter in the UFC. However, ‘Bones’ almost suffered a shock defeat against the ‘mauler’.

McCarthy revealed that Jones would’ve lost the fight had he not been the referee. Jon was bruised and battered during the fight, with a stoppage a very likely outcome had it been another referee. 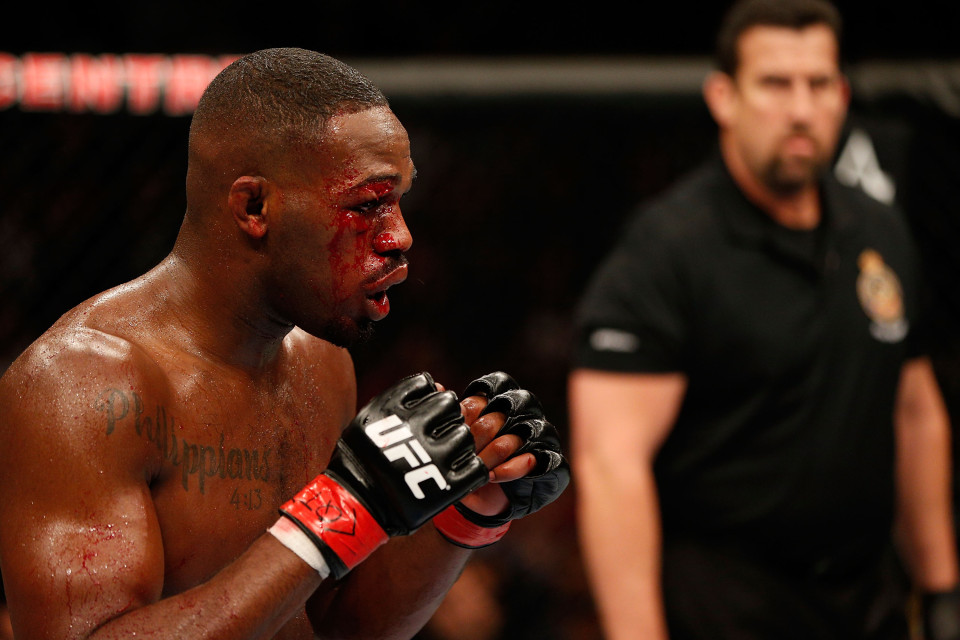 “Jon would have lost his world title if I wasn’t doing his fight at UFC 165 when he fought Alexander Gustafsson.

There is not another referee that would have told the doctor ‘No I am not stopping the fight’ and let him go out for the fifth round. And let that fight continue.

Because referees are not going to put their career on the line for a fighter. So there going to say ‘you want it stopped?’ and then do this with there hands (motioning to stop the contest) and the fight is going to be over

Alexander Gustafsson is going to be the winner.” Said McCarthy on the weighing in podcast.

Despite, both men suffering multiple injuries after the title bout, Jones managed to rally on and secure the win via unanimous decision.

Jones has certainly cemented his place among the legends of the sport, despite being a highly controversial figure.

Jon was involved in a public spat with the UFC, and has threatened to give up his title and potentially retire if his demands are not met. Despite, the controversy fight fans are eager too see ‘bones’ return to the octagon soon.

What are your thoughts on McCarthy’s comments? Let us know in the comments below!