After putting Dominick Cruz away, for good, Henry Cejudo dropped a bomb on fans and MMA pundits alike. Cejudo revealed that he will be quitting while he is ahead. Leaving the future of the UFC Bantamweight division uncertain.

However, Dana White has revealed that the new bantamweight champion will be crowned soon enough. The promotion will be looking to fill the void that Triple C will be leaving behind, in his wake.

Both White and the UFC will not waste any time setting up a title fight for the vacant position considering how title fights are a huge cash-cow. And it seems to be a great way to cover up the losses that the promotion has incurred during the global Coronavirus pandemic.

Following the successful execution of UFC 249, the promotion is looking to pull off two more events later this week. UFC Fight Night: Smith vs Teixeira followed by UFC Fight Night: Overeem vs Harris.

With these upcoming events, it seems like the UFC has a lot on its plate. However, White has revealed that the fighters who will be going toe to toe for the UFC Bantamweight title will be decided upon by the end of the week.

The bantamweight division is brimming with talent and with the top spot vacant, everyone will be looking to succeed The King of Cringe. The fighter at the top of the list is to contend for the title Petr Yan, however, his opponent has not yet been cemented.

According to the UFC official rankings, Yan stands at #3 behind Aljamain Sterling at #2 and Marlon Moraes at #1. As far as we are concerned the top spot will be occupied by one of these 3 fighters. Only time will tell who it’s going to be.

Triple C put a devastating end to the greatest 135-pound fighter in the history of the UFC with a crack to the head with his knee. The fight came to an end in the second round. 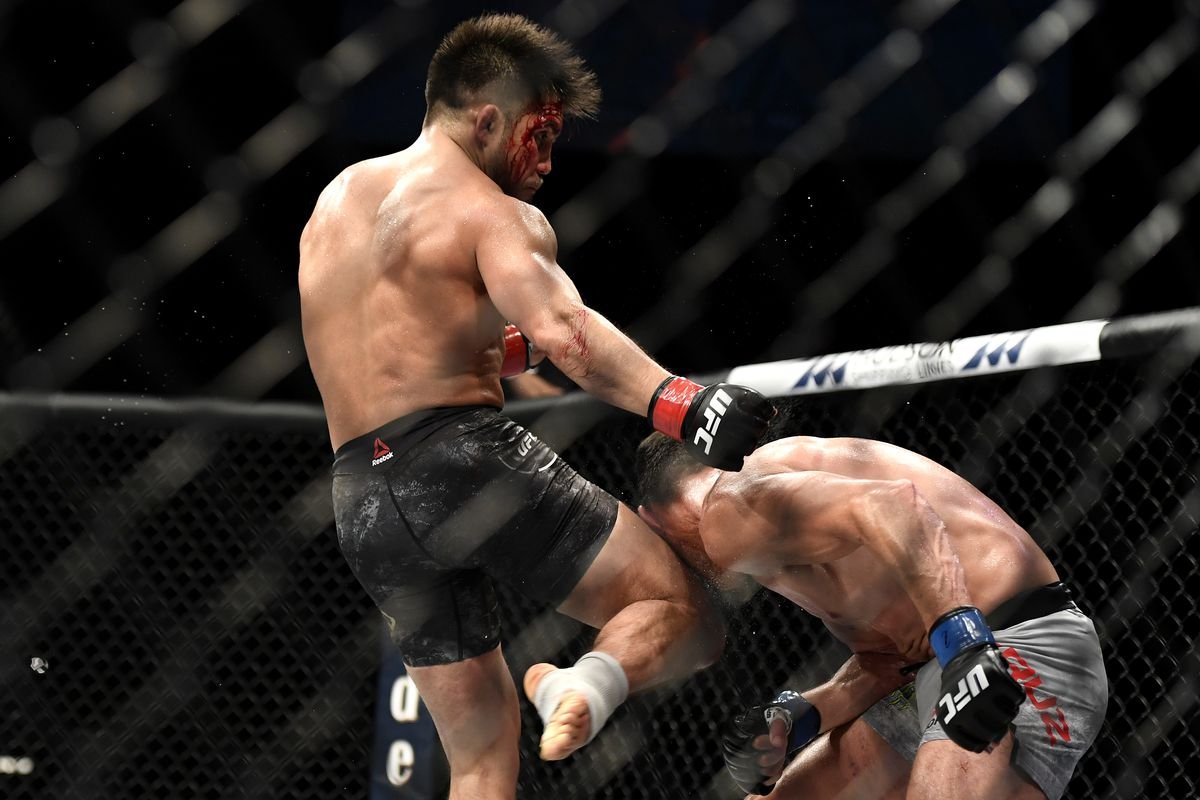 “I’m happy with my career. I’ve done enough in the sport. I want to walk away and enjoy myself. Since I was 11 years old, I’ve sacrificed my whole life to get where I’m at today. I’m not going to let nobody take that from me so I’m retiring tonight. Triple C’s out. You don’t have to hear my ass no more,” declared Henry Cejudo as part of his going-away speech.

Cejudo grabbed the mic and announced his retirement and that this fight would be the last of his career. However, with the pressure of a loss looming over his head Cruz did not make any decisions regarding his future in the MMA circuit.

However, if this does spell the end for Cejudo he walks away with a trophy cabinet full of laurels in the field of combat sports. From being a former 2 division champ and Olympic gold medallist to the reigning bantamweight champion for nearly 2 years.

Do you think Cejudo should be retiring so soon?