“They are the No. 1 and 2 Guys”-Dana White Says Fight Makes ‘All the Sense in the World’

Tony Ferguson opens up to ESPN’s Brett Okamoto in an interview. They talk about his upcoming fight against Khabib Nurmagomedov. Ferguson reveals that he has reintroduced sparring in his training regimen. It makes a comeback as he prepares to take the UFC Lightweight title off the Dagestani fighter’s hands.

When asked about any differences to his approach to this fight, Ferguson admits that he hasn’t sparred since 2015 when he took Gleison Tibau out with a submission in the first round. Hurting his teammates as a part of training is something that the American found unacceptable.

Fact: There Has Been No Hard MMA Sparring In My Camps For Almost Three-Four Years. I Find It Limits The Amount Of Creativity That Goes Into My Flow. Plus, I Never Liked Hurting My Training Team- #TimeForChange Levels- SnapJitsu™️ pic.twitter.com/TUmEgKQgOr

Ferguson added that he wanted to perfect the craft of footwork and more. He responds to why he reintroduced sparring into his training camp ahead of his bout with Khabib.

“It’s kinda like when you graduate from college, you get a bunch of tools and you actually have to go out there and use them on the field. Now I can gameplan.”- Tony Ferguson

His style inside the octagon is equally unorthodox to his life outside the octagon. Ferguson has some of the most intense and unique training rituals. And it will be rather interesting to see how his recent approach will affect his performance in the ring against The Eagle. 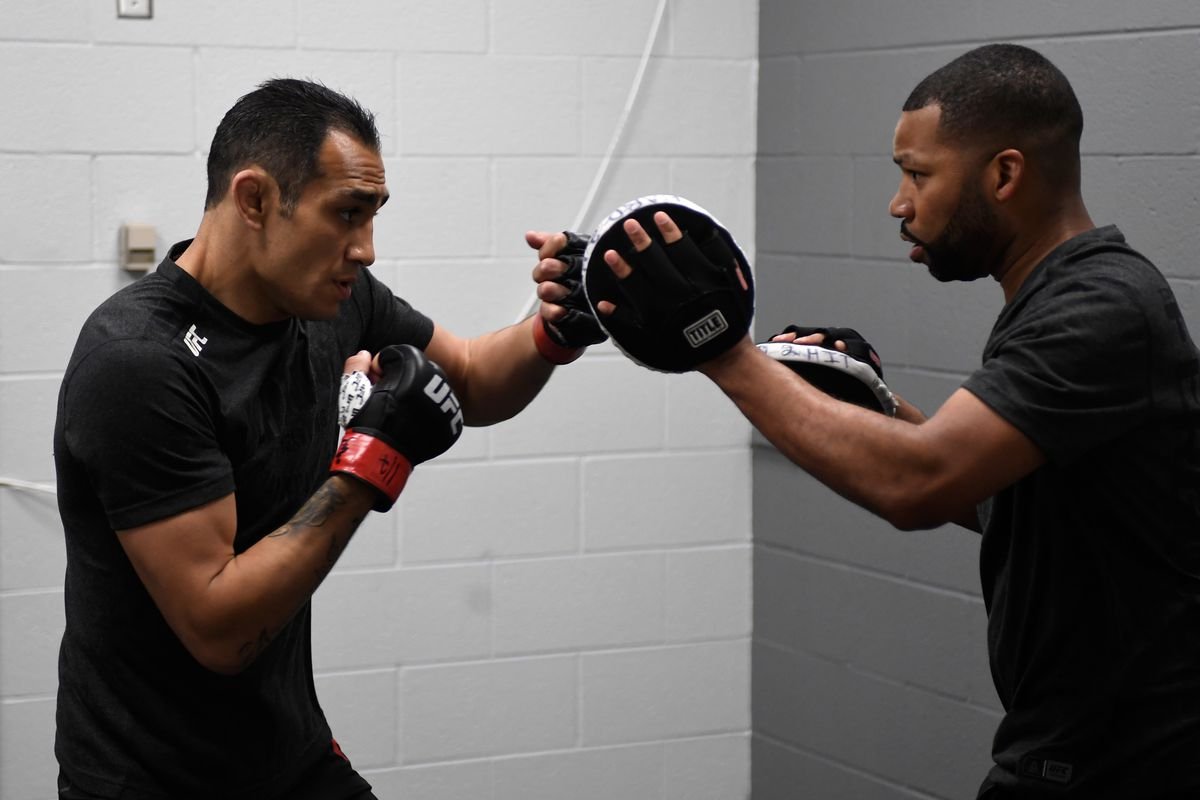 El Cucuy is riding high, coming off of a streak of 12 wins. His last loss came at the hands of Michael Johnson by unanimous decision. His only loss in the UFC and one of three losses in an otherwise impeccable spell in the world of MMA.

Considering his recent record, Ferguson seems just as lethal on the ground as he is on his feet. But the UFC Lightweight champion is a different deal altogether.

Nurmagomedov a natural wrestler is a force to be reckoned with on the ground. He is someone who has outclassed and out-grappled everyone he has faced in his undefeated stint at the UFC.

The two brawlers are looking to face off at UFC 249 at the Barclays Center in Brooklyn, New York on the 19th of April. Do you think El Cucuy has what it takes to end Khabib’s undefeated run in the UFC?