Daniel Cormier is a name that is synonymous with greatness in the field of Mixed Martial Arts. The Olympian wrestler has conquered almost everyone that has come his way, and today boasts of a legacy that very few can even dream of.

This Saturday, he will step into the Octagon for the final fight of his career. And there could be no stage grander to bid adieu to the living legend. DC will face UFC Heavyweight Champion Stipe Miocic in the conclusion of their trilogy, a fight that will finally decide on the Greatest Heavyweight Of All Time. 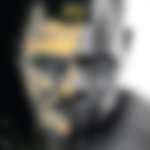 But before we witness the end of an illustrious career, let us dive into the past and recreate moments that created the legend of Daniel Cormier.

Cormier made his debut in the UFC against Heavyweight veteran, Frank Mir. In what became a bold statement from the upcoming beast, DC completely controlled the fight to the very last minute to win via unanimous decision.

Ever since he stepped into the Strikeforce cage, DC established himself as a force to reckon with. His vast array of fighting styles and excellence in all of them helped him defeat anyone that the promotion put him up against.

And he carried on unabashed in the same fashion after the UFC bought Strikeforce. However, he moved down to Light-Heavyweight to avoid clashing with his pal, Cain Velasquez.

In the Light Heavyweight division, Daniel became one half of what would become perhaps the most barbaric, brutal, and bitter rivalry in the history of the promotion.

DC and Jon ‘Bones‘ Jones became each other’s nemesis, and the beef spiraled out of control. In the midst of such high tensions, the two clashed for Jones’ title on January 3, 2015.

Jones, at the time, was a God with whom no one wanted to mess. He became this unbeatable maniac who would chew out anybody who crossed paths with him. Amid these times, DC rose to the challenge to face Jones.

Even though Cormier could not humble Jones, he gave a stellar performance which made it believable that Jones was human. In fact, in the first three rounds, DC seemed to be at par with Jones on the scorecards, if not winning.

However, his inexperience at the time of going the length of 5 rounds became visible as he started gassing out. It was during these rounds that Jones put on display his awe-inspiring conditioning and got all three of his takedowns.

Nevertheless, DC made the point he had to make and fought for the vacant title within a matter of months after the UFC stripped Jones of the title due to his involvement in a hit-and-run case.

Although he lost the bout, DC’s performance against Jones, added with Jones’ subsequent dismissal set him up for a championship opportunity. He went up against Anthony ‘Rumble’ Johnson for the title on May 23, 2015.

Johnson was riding on a 9-fight win streak and was looking forward to making that number a wholesome 10. But Cormier had other plans for him.

In a largely one-sided bout, Cormier was leading on the scorecard in the departments of both striking and takedowns. However, he decided not to let the fight reach the judges’ scorecards, and ended the fight on the ground.

In an exceptional display of groundwork, that too against a formidable, big opponent like ‘Rumble’ Johnson, Cormier put immense pressure in the turtle position and slipped his arm under Johnson’s neck to win via a rear-naked choke submission.

Such was the respect for Cormier’s skills that Johnson himself put the belt around Cormier’s waist.

Clash of the titans- Daniel Cormier vs Anderson Silva

DC faced arguably the greatest mixed martial artist ever, Anderson Silva, in a non-title match. And yet again, he proved why he is one of the best alive.

In a fight that screamed of dominance by DC, the judges had no problems in declaring the winner. Daniel outstruck Silva a whopping 153:30 and landed the only takedown in the fight.

The UD victory came as a massive upscale of credibility that Cormier’s career holds.

DC finally decided to return to the Heavyweight division, the home of the Big Boys of the UFC. He faced reigning champion Stipe Miocic in a battle of champions.

In the thundering fashion that he carries around, he put down ‘Stone Cold‘ within the first round as he sailed towards becoming a double-champion, one of the only four fighters to do it. The other names to have done the same are Conor McGregor, Henry Cejudo, and Amanda Nunes.

However, his brilliant run came to a screeching halt has Stipe came back to avenge his loss. In another bot that DC’s volume helped him dominate, Miocic executed some vicious body shots in the fourth round to bag the W via TKO.

Now, the two stand at the final step to becoming the GOAT. Nevertheless, only one will emerge victoriously and go on to become the Heavyweight God.

Do you think that DC will be able to cement his legacy as the GOAT in the final act of his career? Let us know in the comments section!