Former UFC light-heavyweight champion and arguably the greatest mixed martial artist of all time, Jon Jones took to Twitter to express his excitement and stated that the co-main event between Robert Whittaker and Jared Cannonier at UFC 254 needed another round.

#ufc254 definitely need a 4th round

An argument can be made that Cannonier’s striking could have made a difference had the bout been scheduled for five rounds. Whittaker mentioned that a three-round fight would give him an edge over his power-heavy opponent.

‘The Killa Gorilla’ almost clipped the former champion in the closing moments of the third round. However, there’s no denying the durability of Whittaker. The former champion has fared against the likes of Uriah Hall and Yoel Romero in the past and has always come out on top.

Jones’ comments could be courtesy of Cannonier’s finishing power, which was on display in the finishing moments of the third-round where he connected a brutal right hand. The strike visibly shook Robert Whittaker; regardless, it was the Australian’s fight from start to finish. 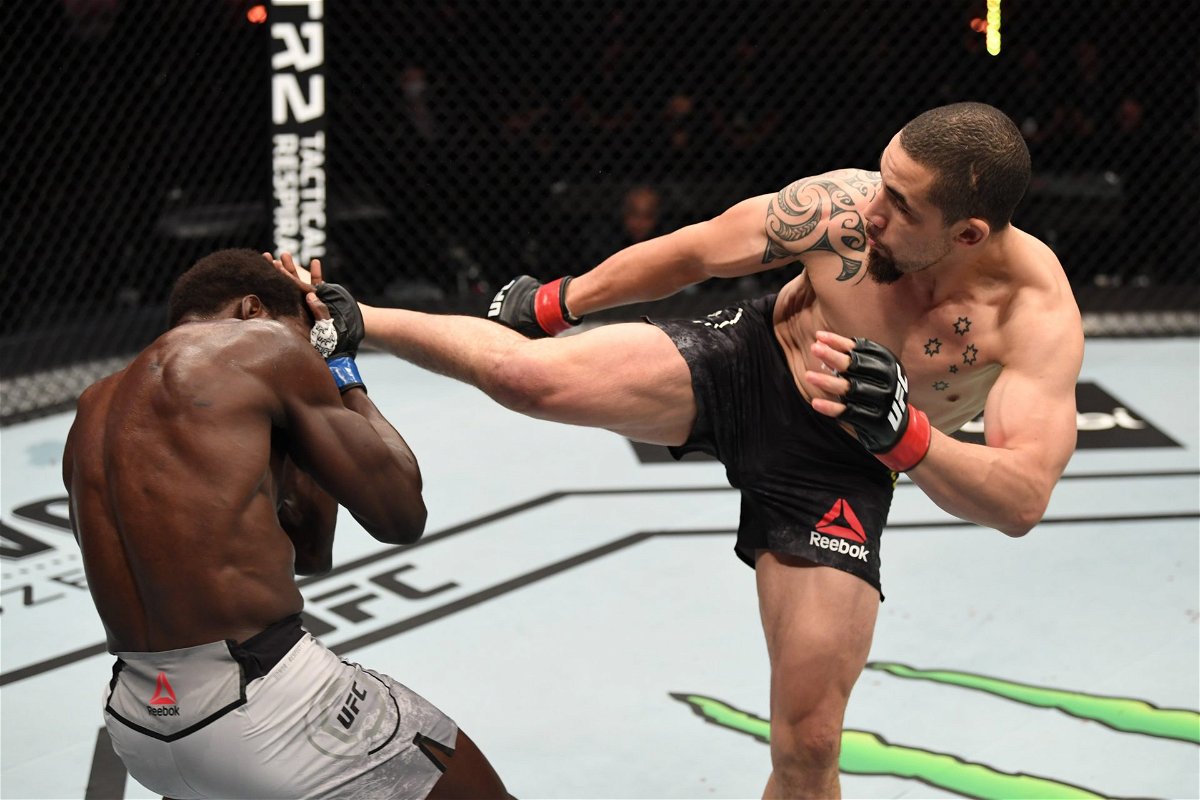 Robert Whittaker turned in an absolute clinic at the Flash Forum. He proved why the enthusiasts all over regard him as one of the greatest middleweight fighters of all time.

Cannonier came in strong and dominated the former champion in the early minutes of the first round with brutal calf kicks. ‘The Killa Gorilla’ looked sharp, but fans could make an argument that he relied too heavily on leg kicks. This left him open to the hugely elusive Whittaker.

There was no doubting the 36-year-old’s power. Furthermore, his size difference and his takedown defense gave him an edge in the co-main event.

The sophisticated striking of Australia's own @RobWhittakerMMA! 🇦🇺 #UFC254 pic.twitter.com/uNWoIqy0QV

UFC 254 marked Whittaker’s first three-round fight in a very long time. ‘The Reaper’ has defended the middleweight gold against a lethal striker like Yoel Romero at his absolute best. The 29-year-old’s credibility inside the octagon is beyond a doubt of the highest level.

‘The Killa Gorilla’ started sharp. He managed a knockdown with a brutal kick to the calf in the very first round. However, he was unable to capitalize on the same. Hence, it’s safe to say that those were the only shining moments for the former light-heavyweight contender.

‘The Reaper’ made great use of his elusive movement. He dropped Cannonier in the third round with a brutal kick to the head, which followed a lethal right hand. With this win, the former champion has now picked up successive victories in just three months. He is currently ranked #1 in the UFC middleweight division and is the frontrunner to fight Israel Adesanya.

But could things have been different if there was a fourth-round? Could fans have been treated to a Whittaker finish or a Cannonier comeback?