UFC 255 brings the company back to the Apex Facility in Las Vegas after a successful stint on Fight Island. The card sees a flyweight title fight where Deiveson Figueiredo defends his strap against Alex Perez.

‘Deus de Guerra’ was supposed to face former 135-pound champion Cody Garbrandt, however, the latter suffered a bicep tear. Alex Perez stepped in on relatively short notice and is the first ‘Dana White’s Contender Series’ alumni to fight for a title.

The show has produced several stand-out fighters, but Perez is the first to reach the pinnacle of a UFC belt. The bout also services the hardcore fanbase who feel the fight is meritorious, considering that both fighters are legitimate 125-pounders.

Figueiredo is coming off one of the most dominant UFC title fight performances in recent memory. ‘Daico’ defeated Joe Benavidez via RNC submission to scalp up the vacant flyweight title after Henry Cejudo retired. Furthermore, the dominance came from the fact that Deiveson knocked Benavidez down multiple times before ragdolling him on the ground.

The 19-1 fighter is arguably oversized for the division and has a huge strength advantage over anyone he faces. Moreover, he’s able to use his physical advantages effectively with a well-rounded arsenal to boot. He’ll have to be wary of Perez’s leg kicks as Deiveson’s strategy revolves around marching down his opponents with a wide stance.

Does Alex Perez have the X-factor?

Alex Perez is coming off a win over Jussier Formiga, who happens to be the only man to defeat Deiveson Figueiredo. Additionally, he put forth a powerful display of leg kicks and finished Formiga by limb destruction. Alex Perez is a force to be reckoned with if the fight hits the canvas and that has been Deiveson’s downfall in the past. 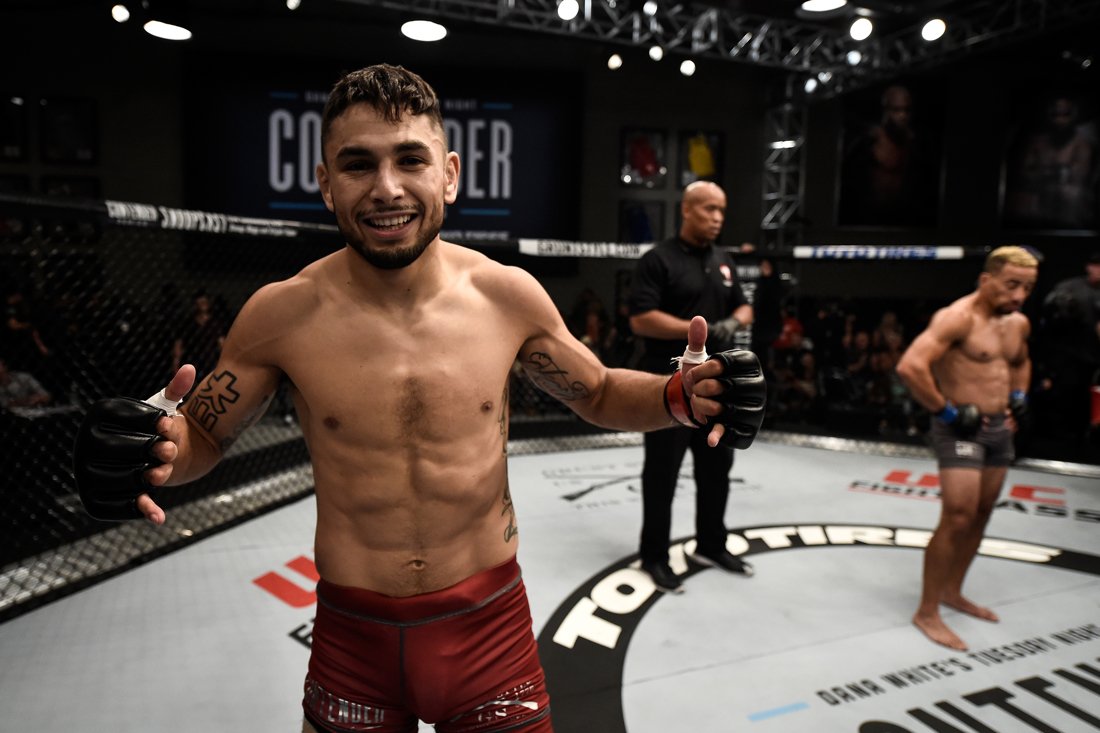 A lethal weapon that has become Alex’s go-to is the Anaconda choke. The 24-5 fighter is able to threaten the Anaconda in almost every bout and his transitions have been nothing short of masterful. Perez will have to maneuver through the power of Figueiredo, especially in the opening moments of the fight.  Should he succeed in doing so, the challenger could be looking at a massive upset on Saturday night.