Former UFC lightweight champion Khabib Nurmagomedov took to Twitter and shared his views on UFC 264’s main event trilogy. The fight between Dustin Poirier and Conor McGregor ended in shocking fashion as McGregor sustained a fight-ending leg injury. ‘Notorious’ landed on his ankle during a stand-up exchange and ended up snapping his leg.

The fight was ruled a TKO win for Dustin Poirier via Doctor’s stoppage. Hence, he walked away as the victor in the trilogy. ‘The Eagle’ congratulated Dustin Poirier after his win and threw some shade at McGregor. Khabib Nurmagomedov’s distaste for Conor McGregor is well known across the board.

Good always defeats evil.
Very happy for @DustinPoirier I hope you will get the belt end of the year

After the contest, Conor McGregor was carried away on a stretcher and Khabib Nurmagomedov had some views to share on the same. Nurmagomedov‘s vitriol for this Irishman was on full display and their rivalry continues despite them having fought in 2018. 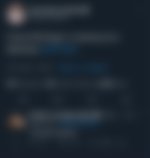 Khabib Nurmagomedov’s comments referred to McGregor’s earlier statement about sending Poirier out on a stretcher. Daniel Cormier also mentioned the irony in McGregor’s words, as he was the one being carted out. In many ways, ‘Mystic Mac’ continued his streak of predicting things to an uncanny degree of accuracy.

The MMA world will be talking about the way that UFC 264 concluded for a very long time. There is a sense of unfinished business despite the fact that Poirier was dominating the fight at the final bell. Not to mention, McGregor having a good start could be the impetus for a massive showdown in the future.

McGregor usually gets what he wants. Following the injury, he immediately called out for a fourth match. Given the hype around UFC 264, the UFC may very well be inclined to run this back yet again.

Read this story: List of UFC Fighters Who Are Married to Each Other