UFC 4 is set to release next month and keeping that in mind EA Sports released a trailer that boasts striking features and real player motion technology. The 4-minute long trailer displays grappling mechanics. With the launch of PS5 around the corner, enhanced graphics are a striking feature. Even though the game presents staggering features that make you see, feel, and hear every major moment in the game, is that enough?

Striking in UFC 4 has now been simplified. Double taps will enable faster movements while a long press will lead to flashier and more damaging attacks. The introduction of a new clinch system will enable players to have more control over combat, unlike the previous linear models.

Newer methods of takedown and finishing have also been added, which will only better the gameplay. This allows you to counter takedowns with submission attempts, which makes the game pretty challenging. The changes have some fine subtlety that will vastly improve the experience. The transitions, the flexibility with which players can move, and the manner in which you can navigate around the Octagon, against your opponent. This will all be much better with UFC 4.

Brian Hayes, Creative Director, opened up on the same in an interview with Gamespot.

“Probably the single biggest change that we’ve implemented/undertaken this year was just completely overhauling and rewriting the clinch game, taking EA Sports, real player motion or RPM tech, as we call it, and just expanding that from beyond just locomotion and striking into an all new clinch system.

“So the clinch game is much more accessible, fluid–your ability to get into it and out of it using locomotion, throwing strikes inside of the clinch transitioning to different positions and actually doing trips and takedowns, it’s just a completely new system. So the part that’s unique about it is that previously on other iterations of the game, the clinch was essentially an extension of what is the ground game.”

ALSO READ– Why is Joe Rogan missing from EA UFC 4? 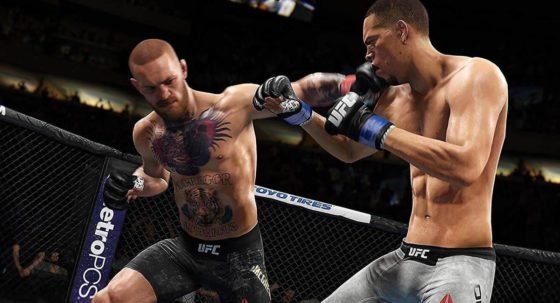 While it’s fun to get in a cage and hammer your opponent, the game has remained the same over the years. You go from beating one person to the next. You have an option to choose your fighter and your opponent who have different styles. However, the moves and style of fighting remain neutral. The combat system is pretty flawed and lacks in the defensive aspect; it only presents a partial reality. It only makes certain aspects of the original game functional and operational while the rest remain the same.

Unfortunately, from the looks of it, there is not much more or different you can do. There is no way that the output defines the retail price of the game, even though the graphics are good. The faces, the tattoos, the damage, they are all pretty good. But if I only wanted good visuals, I would sit in front of the television and watch the real fighters go at it.

Is EA even listening? UFC needs a great deal of ‘garage’ work to qualify as a justifiable new title.