Former UFC champion Cris Cyborg has left the promotion. But she still wants to test herself against the competition UFC has to offer. To do so, she has pitched an idea to President Dana White. Justino urged White to make a cross-promotion fight with her former opponent, Amanda Nunes.

After leaving the UFC, Cyborg signed with Bellator. She even became the champ of the Featherweight division in her very first fight. However, the dent that Nunes made in Cyborg’s career, by knocking her out, is far from repaired. She still has the itch to avenge her loss against Nunes. And the only way it can be made possible is by a cross-promotion fight with the UFC Women’s Featherweight champ, Amanda Nunes.

“Scott Coker has already sent Bellator fighters to face Rizin athletes in Japan.  We are open to the match-up,” Cyborg told LowKickMMA in a recent interview.

Cris Cyborg reasons why Bellator has better competition than the UFC

This is not the first time that someone has argued for a cross-promotion fight between Bellator and UFC. However, in the past, it was often the case that Bellator was the one with limited talent on their roster. But Nunes argues that the tables have turned this time around. A cross-promotion event will provide more competition to UFC fighters, at least in the Women’s Featherweight division.

“I just beat Julia Budd who was undefeated 8 years at 145lbs.  Bellator has a world champion boxer in Arlene Blencowe, and the last girl to beat Nunes in Cat Zingano at 145lbs.  Leah McCourt, Leslie Smith, Olga Ruben, are all fights we can make and are many girls in Bellator currently ranked in the world rankings.” 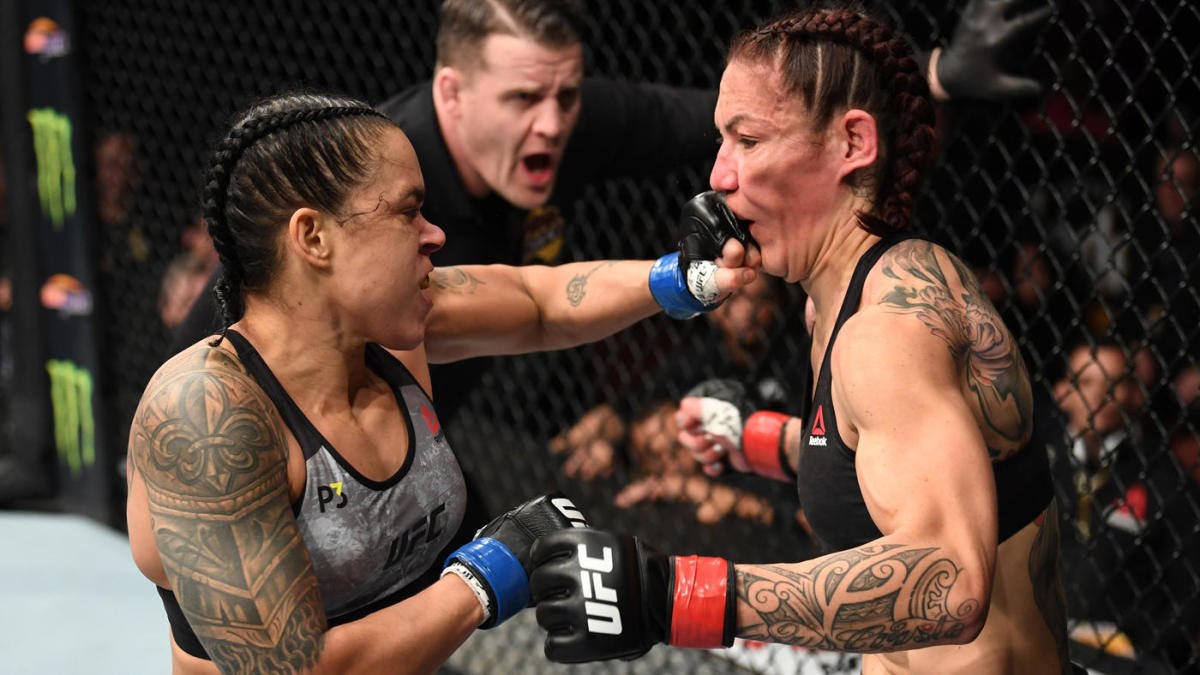 But all these arguments by the South American knockout artist only seem like a way of getting her shot back at Nunes. After all, it was only the second loss of Cyborg’s professional career. The first one came in her debut back in 2005.

“Nunes is getting ready to defend her belt against a girl who I beat on pretty decisively over 3 rounds, after that fight she has a rematch with Valentina Shevchenko and no other real options for quality opponents.  Who will she fight after that?”

“If Dana is interested in making the biggest fights for the fans that the most people want to see for the most money I don’t see any reason why we can’t have a cross-promotion fight, fans get those in boxing all the time”

Amanda Nunes will defend her belt against Felicia Spencer on May 9, given that Dana can pull off the event. Interestingly enough, Spencer was also Cyborg’s last opponent in the UFC.