The news of an exhibition boxing match between undefeated pro-boxer Floyd Mayweather and YouTube personality Logan Paul has been making headlines on social media lately. A famous MMA coach, however, was quick to question the legitimacy of this bout.

Irish MMA Superstar Conor McGregor’s head coach John Kavanagh recently posted a tweet asking how Paul got his boxing license. As the YouTuber, according to him, had no prior pro-boxing experience. Kavanagh also answered the expected counter questions on Conor’s boxing license against the same opponent.

how is logan getting a pro license to fight mayweather? he has no pro combat sports experience? "yes but didnt conor get a boxing license to debut against him??" true, but you're a slow donkey if you think that is in anyway similar to a youtuber getting one for his debut.

Now the YouTube star was quick to reply by posting his pro-boxing license with the popular phrase “Relax Karen” directed towards Kavanagh. Paul, however, deleted the reply later on. 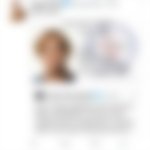 Fans were also quick to jump in and correct Kavanagh by stating that this won’t be Paul’s pro debut, as he has fought another YouTube personality KSI under the professional rules.

Pros and Cons of Floyd Mayweather vs Logan Paul

Although Logan Paul has some experience in combat sports being a high school wrestler, boxing is a different game altogether. Going into this bout against Mayweather, he will have the experience of being in one amateur bout and professional bout, compared to Mayweather’s fifty pro bouts.

Despite having a major size advantage, he severely lacks in the experience department and also falls far short in terms of resume.

Many people have termed this as a total mismatch, and a cash-grab, and nothing more. Although this might be true, it will bring in a lot of views.

Floyd Mayweather, who is semi-retired from boxing, last stepped in the ring against the 20-year-old Japanese kickboxer, Tenshin Nasukawa. Floyd won by TKO early in the first round. The win wasn’t counted on his pro-record, as it was an exhibition bout.

Floyd stepped away from competing in pro-boxing in 2015. His last win came against Andre Berto via unanimous decision. He then faced Conor McGregor in one of the biggest media spectacles in history. This fight will be another huge-payday for both Mayweather and Paul.

However, there are several questions left unanswered. Given the huge size disparity between the two, the question is: How will they fight in a single weight class? Or will it be a catchweight bout? Guess we’ll find out shortly.