UFC Fight Night: Ortega vs The Korean Zombie is set for a light-heavyweight clash between Jimmy Crute and Modestas Bukauskas. The fight card has a lot of eyeballs on it due to the highly anticipated main event. The aforementioned 205-pounders are extremely explosive and the fight is vying with the main event for possible ‘Fight of the Night’ honors. Considering the wealth of talent on the card, this speaks a lot about the 205 pound fighters.

The landscape in the light heavyweight division has changed significantly as of late, and Jan Blachowicz now sits atop the division. This opens up the door for new contenders to emerge and gain visibility in a relatively shallow division. Not to mention, exciting fighters often get a push by the promotion, and both the 205-pounders certainly fit that bill.

The 11-1 fighter, Crute, recently made his way back into the win column after suffering his first loss. He pulled a slick Kimura submission finish over Michal Oleksiejczuk in the very first round back in February. He has shown promise this far in his UFC tenure and will be keen to rack up a win and possibly a bonus check. 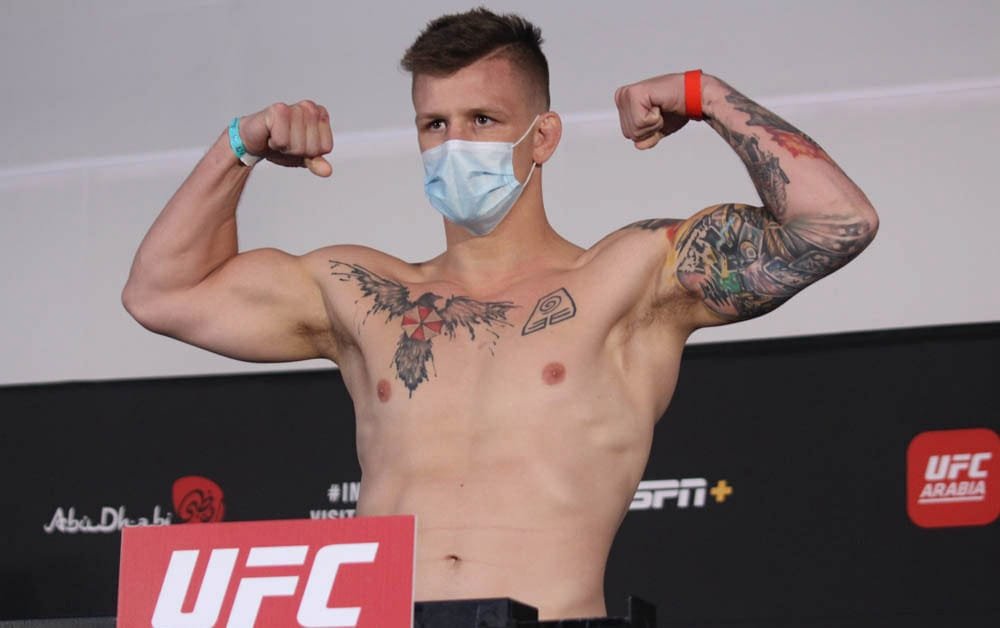 Modestas Bukauskas has found himself in a marquee slot on the main card in just his second UFC outing. This goes to show the extent to which the UFC brass believes in the potential star power of ‘The Baltic Gladiator’. The former Cage Warriors champion has certainly made his mark in his 11-2 career and has an opportunity to showcase his varied skill set. 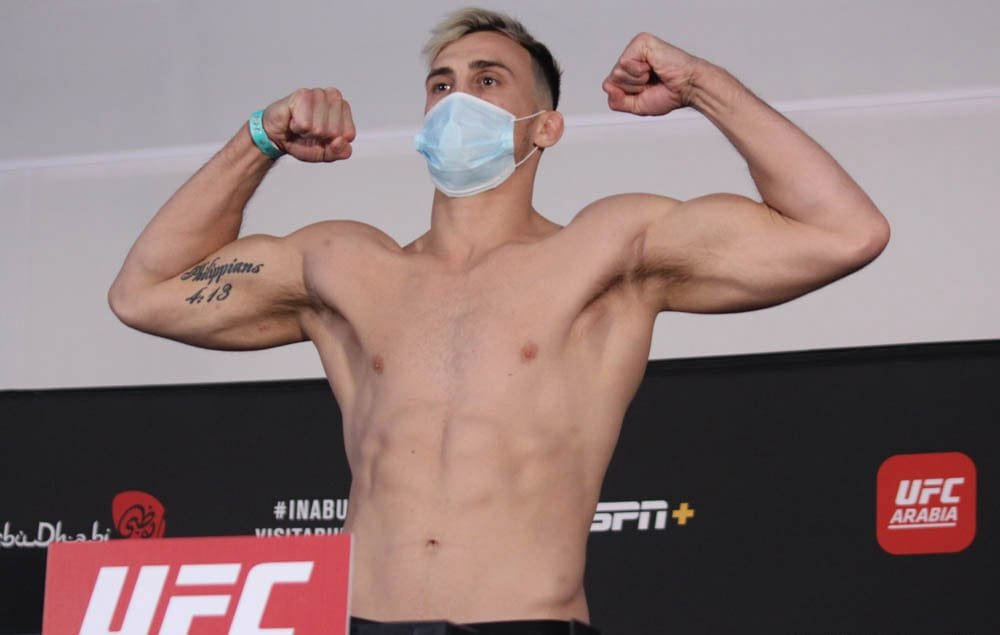 Both the fighters have a somewhat reckless fighting style, and forward pressure is a tool both athletes utilize effectively. Jimmy ‘The Brute’ has shown signs of improved defensive responsibility in his more recent UFC outings. However, there’s no denying that Modestas brings forth the power and speed that Crute hasn’t faced.

Modestas Bukauskas has weaponized his forward pace and has great athleticism for a 205-pound fighter. Moreover, he integrates a wide variety of kicks that are well distributed both towards the head and the body. Given his high finish rate and accuracy, this fight is unlikely to see the judges scorecards.