Featherweight fighter Thomas Almeida makes his anticipated return against Jonathan Martinez to open up the main card for UFC Fight Night. The scrap should be bookmarked by fight fans, as it has the makings of a certified banger on paper. Moreover, the fighters have a propensity to chase the finish making this fight yet another candidate for ‘Fight of the Night’.

The 145-pound division is a shark tank of hungry contenders looking to make their ascent to the top. Although the aforementioned fighters are far from contention, a statement win goes a long way in entering the rankings and featuring in discussions for big fights. What’s more, the divisional champion, Alexander Volkanovski, has expressed an interest to remain in the division and fight all comers. This will help the activity level within the featherweight division.

‘Thominhas’ makes his long-anticipated return to active competition after spending almost three years away from the cage. He last fought at UFC 220 and was stopped by Rob Font in the second round of their contest. Moreover, Thomas Almeida is an extremely fun fighter to watch as his fights rarely go the distance. In fact, his first 16 fights all ended in stoppage wins. 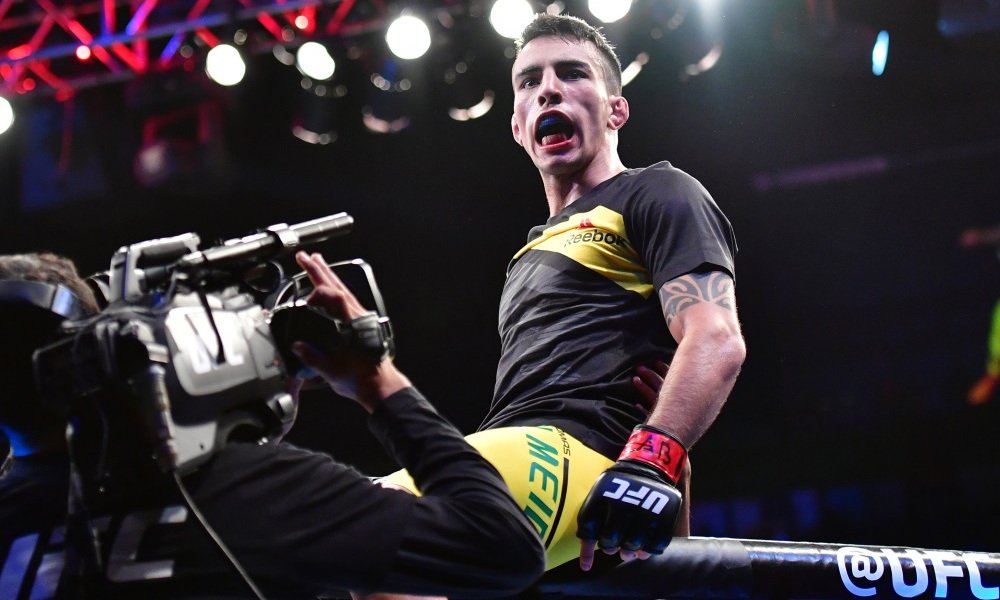 Jonathan Martinez has kept a busy schedule in 2020 and has gone 1-1 thus far in the year. He made a strong statement back in August when he put away Frankie Saenz in the third round of their scheduled bout. The 12-3 fighter has had good experience fighting in promotions such as LFA, Combate, and the XFL. What’s more, the 26-year-old is already heading into his sixth fight with the leading MMA promotion. 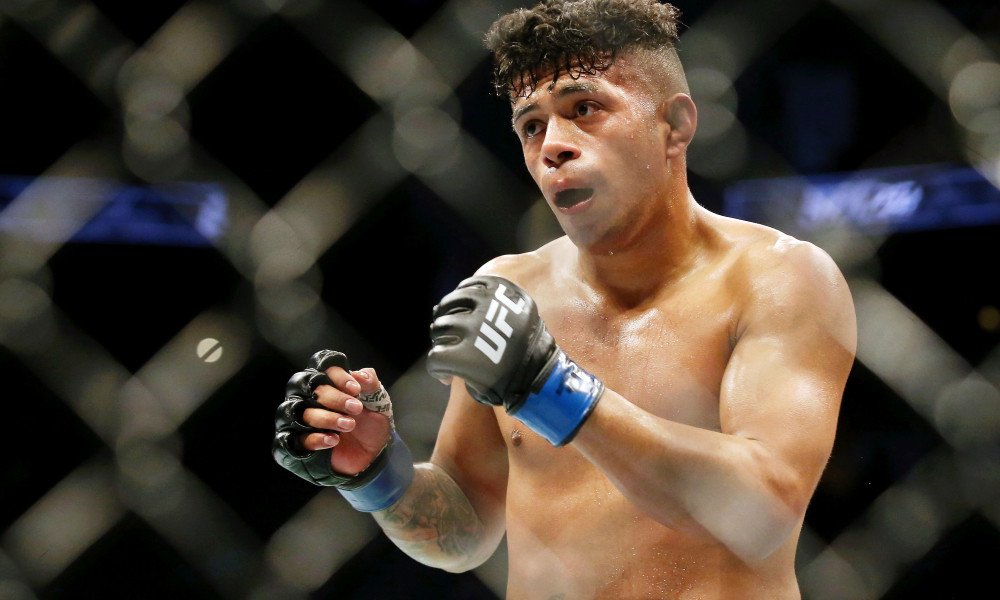 Thomas Almeida utilizes fluid footwork in order to briskly move in on an unsuspecting opponent. He’s effective and efficient in the clinch and prefers to box in his opponent while mounting offense. There have been moments where he’s lacked defensive responsibility, and he’ll have to be mindful of that.

‘Dragon’ Martinez is equally reliant on speed, and he’s not one to stay in the pocket too long. However, he has been overzealous at times, which could cost him dearly against a crafty veteran like Thomas Almeida.