Donald Cerrone is viewing his recent outcome at UFC Fight Night 178 against Niko Price as a loss. Although the contest ended in a majority draw with both the men having their hands raised, the former is upset about the result.

‘Cowboy’ is on a win-draught since his decision victory against Al Iaquinta on May 4, 2019. He lost four of his following fights and ended the fifth one in a draw. Thus, Cerrone badly needs a win to get back into relevancy. Or else, he might have to struggle to keep himself intact in the promotion, especially with so many young prodigies present in the roster.

In the post-fight press conference, ‘Cowboy’ gave his opinion on his latest fight, citing how he could have done a better job.

Donald Cerrone is fighting to keep his job

Irrespective of the outcome of all his efforts, Cerrone tags his performance against Niko Price as the worst in his career. He is not ready to buy it as a draw. Instead, the UFC veteran is viewing the outcome as a defeat. 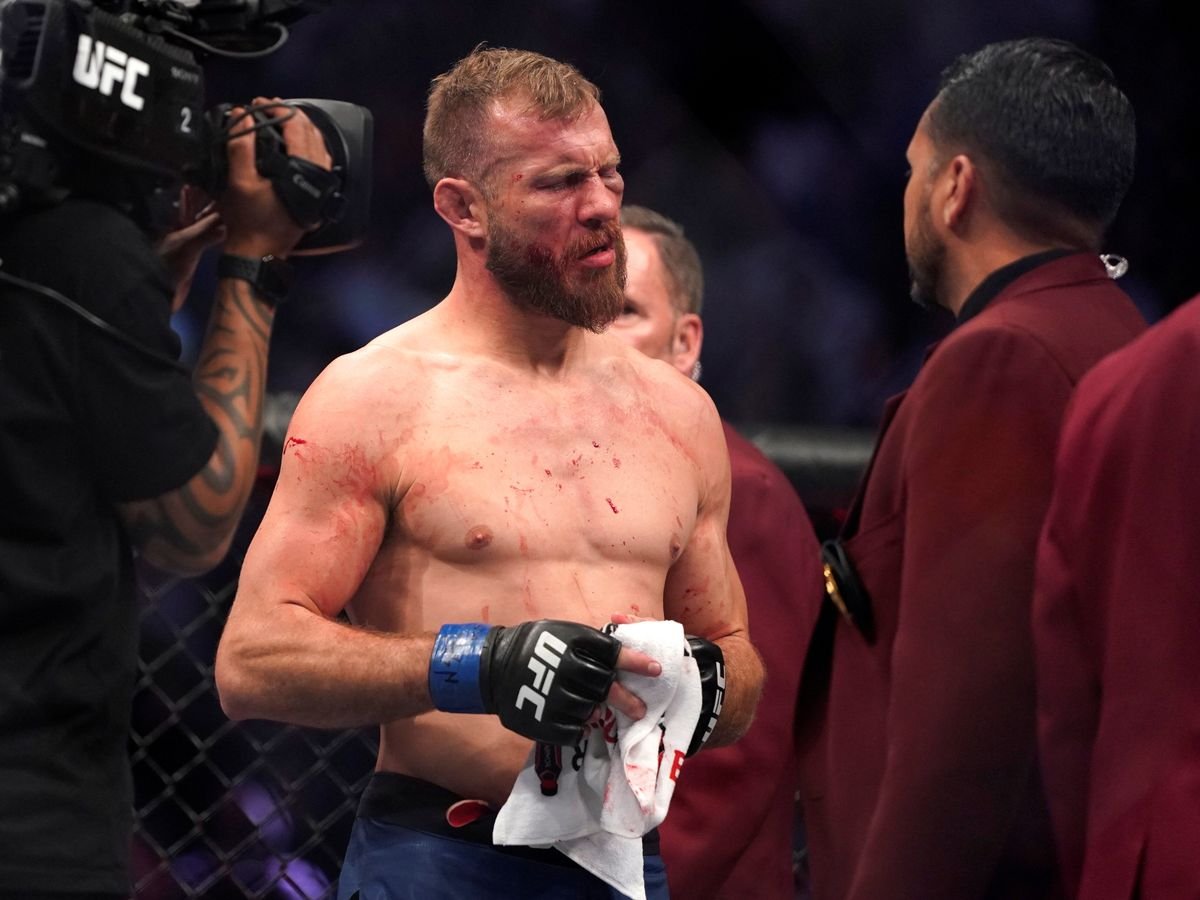 “That is a loss, that’s five in a row. This is the worst performance I ever had. Hands down, I am just very upset with myself. I don’t know how else to say but I definitely count this as a loss so this is five in a row,” said Cerrone.

As per ‘Cowboy’, his fights do not count as a win if he hasn’t collected a point above his rival. Talking about his fight camp, Cerrone said that he was in great shape and felt good all over. However, the same couldn’t be transitioned into the fight.

Show us those scorecards. #UFCVegas11 pic.twitter.com/PQaQTHLWY9

The UFC veteran claims that he is someone who is fighting to keep his job. Thus, a fight like that wasn’t suitable for him.

“For somebody who is out there fighting to keep his job wasn’t a very good job I did was, so you know Niko wants to do it again, I told him you know we will run this right back.”

It might signal the end of Cerrone’s run in the UFC. The 37-year-old is one of the oldest fighters in the promotion. However, his recent run hasn’t been impressive, and considering his age, Cerrone may retire soon.

That said, he still has the fire to get inside the cage and he loves to do what he does. Thus, he might give himself a few more tries inside the cage before putting a quell on his career.

Donald Cerrone Achieves a Major Milestone Ahead of UFC Vegas 11