Veteran fighter Damon Jackson has joined the ranks of the fighters who have accepted a short notice fight in the UFC and walked away with a dominant win. The fighter who competed at Legacy Fighting Alliance earlier this year made his return as a replacement for Luiz Eduardo Garragori. At UFC Fight Night: Covington vs Woodley, he secured a brutal submission win to hand Bektic his third defeat in succession.

‘The Leech’ Jackson capitalized on a nervy opponent. The 29-year-old Bosnian fighter surprisingly played right into Jackson’s hands. He kept in close range and tried to wrestle the 32-year-old with seven takedowns landed. This was a dangerous tactic given Bektic’s professional record having more T/KO wins than submissions.

Damon Jackson with sub No. 1️⃣4️⃣ in his UFC return.

Bektic paid the price for his game plan, which may have been tailored to combat Garragori. In the ninth minute of the fight, ‘The Leech’ pounded away at Bektic, who was saved by the clacker. However, Jackson knew he had the 29-year-old’s number and could put the exclamation point on his UFC return.

‘The Leech’ maintained a submission heavy offense. This game plan worked wonders as he drained Bektic and reduced the sting of each strike. In the third round, Jackson despite being out-landed, trusted the process and went for yet another submission. 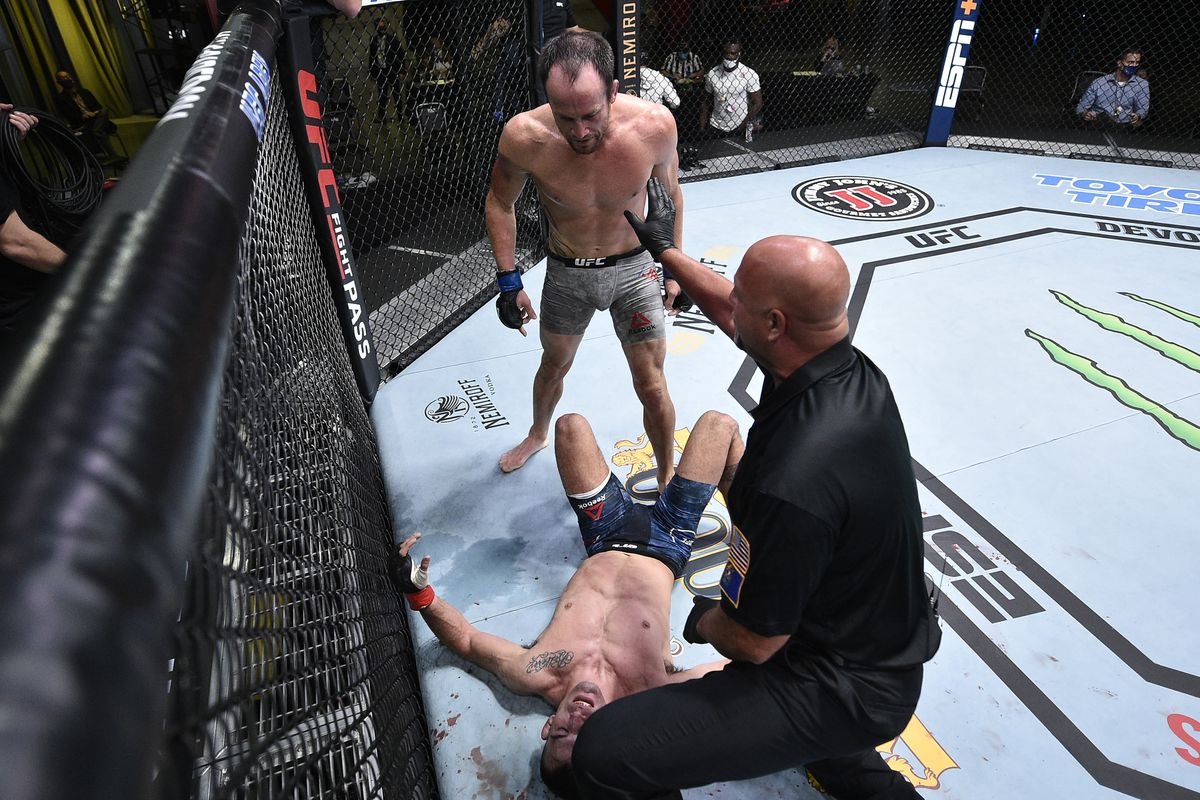 He had Bektic on the ground and locked a guillotine choke with three minutes left. The Bosnian fighter did not make any great attempt to break free. His arms flailed as he attempted to toss ‘The Leech’ off. But, it was of no use as he submitted a few seconds later. Jackson had a few choice words as he stood over his opponent before walking away to celebrate.

As a result of his win, Jackson secured a fourteenth professional win via submission in 23 fights. However, it was the first time he had used a guillotine choke in a fight.

What did you make of Darrick Minner’s incredible performance in his comeback UFC fight?

WATCH: Tyron Woodley Screams in Agony as He Suffered A Devastating Rib Injury Against Colby Covington