“I Am The Demo God”- Chris Jericho Trolls WWE

UFC Fight Island 1 card took off, and it is the preliminary card that is making the headlines. Englishman Lerone Murphy has defeated the Brazilian Ricardo Ramos in a live wire featherweight event. Lerone now stands at an undefeated 9-0-1, and Dana White loves it.

Just in case you do not know, Murphy is a 28-year-old MMA fighter who goes by ‘The Miracle.’ Evidently, an incident that happened with him some seven years ago turned him into the person he is today. In 2013, he got shot in his face. In an interview with MMA Fighting last year, he said, “it turned my life around, that shot changed my mindset, got into training, my energy changed.” 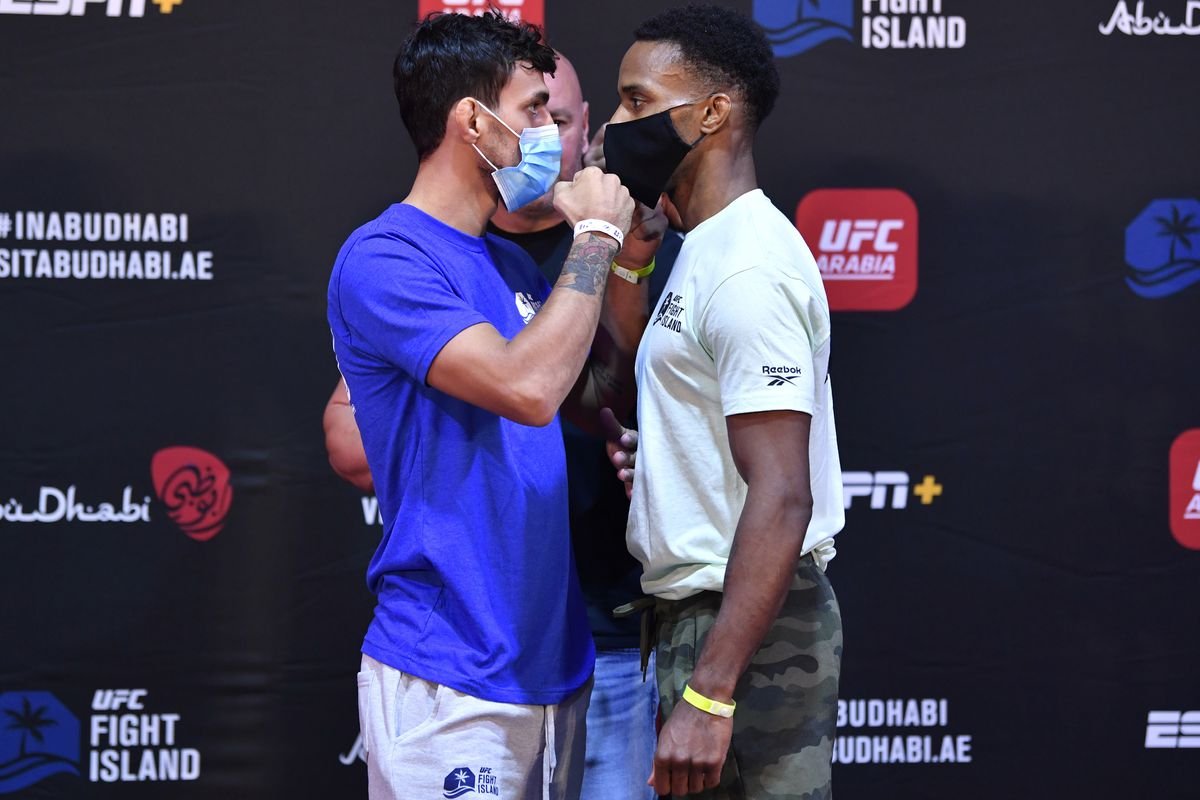 On September 7th, 2019, The Miracle played his first prelims bout in UFC 242, which had a main-event of Khabib Nurmagomedov vs Dustin Poirier. He played a draw against Zubaira Tukhugov and that was the only time in his career where he did not end the fight with a clear victory. Interestingly, for that first promotional fight, Lerone had got just a 3.5-week notice to show up and fight. He has come very far from there.

His win on Wednesday proved that he has the caliber in him to grow bigger. He went on to thank Dana White for putting this show on the map. He said, “Big shoutout to UFC Europe. Honestly big thank you to Dana White for putting these shows on in the Pandemic. I’m very, very grateful. My first win in the UFC, many more to come. Top 15 I’m coming,” he added.

Lerone sounds like a very humble man whenever he talks. He would not miss out on a chance to show his gratitude towards his team. Seems like a true champion at heart. Murphy proved this by saying, “My coach believes in me more than I do”. He went on to claim that more and more English champions will be seen hereon. He also knows very well that the featherweight category is very highly competitive and that he needs to train very hard to keep winning.

Ramos began the fight on a very dominating note but could not really capitalize on those early spinning kicks and Murphy came out a winner. For a man who almost lost his life, this victory is just a stepping stone towards bigger goals. As he also tells the UFC, “I’m here for a reason.”