The UFC is halfway through their journey on Fight Island with 2/ 4 scheduled events part of the history books. The midweek fight card marked the first time since UFC 225 that all main card fights went to the judges’ scorecards. However, one fight that caught the attention of MMA fans was the main card opener. This featured Abdul Razak Alhassan take on UFC debutant Mounir Lazzez. In a chat with UFC’s Arabic commentator Mohammed Al Housani following the Fight Night Kattar vs Ige, Dana White opened up on the new fighter.

Here he clarified a rumor regarding a highlight reel being the catalyst to offer Lazzez a contract. He said, “It was actually at my son’s graduation dinner. And there’s a kid, him and his family, are from here they live here. It’s either here or Dubai, and he was telling me about him and showing me a video. He’s like, I’m telling you, you have to have him on the fights on fight island, you have to have him. He’ll make an impact in the middle east.” 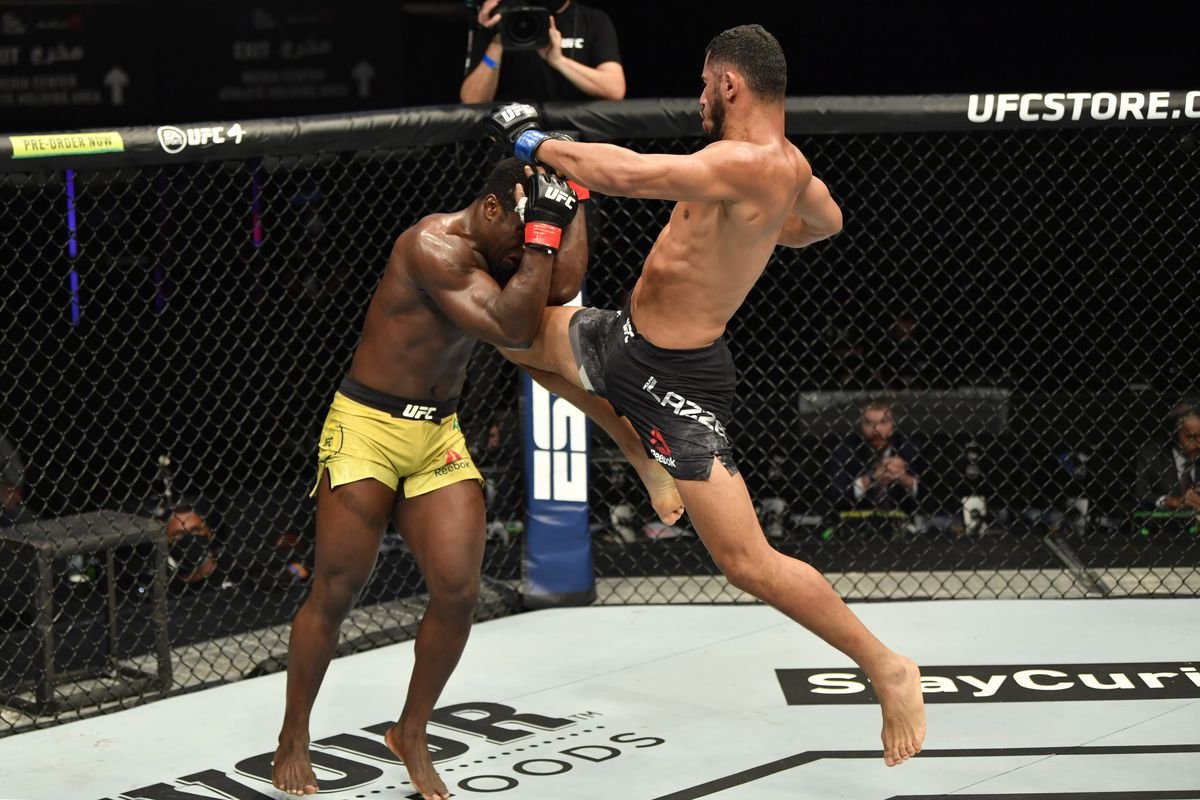 The videos made an impression on White who added, “So I called the matchmakers and I told them, ‘sign this guy and make him a fight.’ It’s absolutely true, it’s a kid. The kid who made that fight is 17 years old. His name is Adam, he made that fight.”

The 32-year-old Tunisian had competed in 9 fights before his Fight Island appearance. He had claimed 8 wins all of which were via (T)KO. As ‘Judo Thunder’ too had a proclivity to end fights early 10/10 wins via (T)KO in 11 fights, fans were expecting a quick finish. 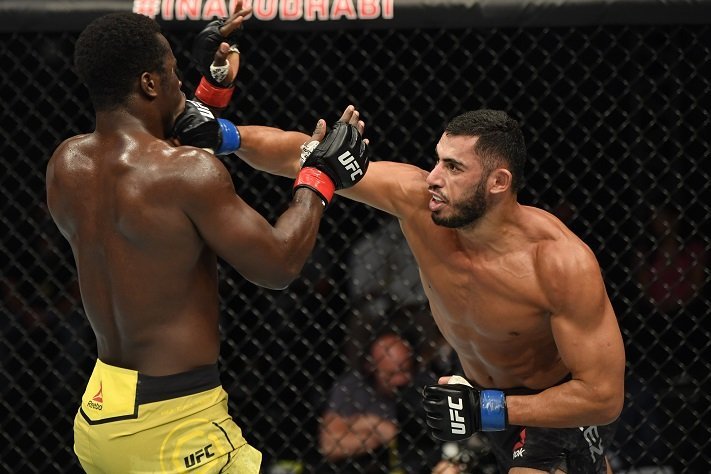 Lazzez weathered the early storm and became only the second fighter to take Alhassan beyond the first round. He did not throw caution to the wind and respected his opponent’s KO strengths too.

The UFC debutant displayed aggression, controlled his opponent enough and as per the scores, he convinced all the judges. However, just one judge felt ‘Judo Thunder’ had claimed a solitary round as the decision had a 29-28 round in Lazzez’s favor.

Based on Dana White’s tone whilst detailing the sequence of events that led to the company adding Lazzez to the books we can conclude that he liked what he saw on Wednesday night.

What did you make of Mounir Lazzez’s triumphant UFC debut?