UFC Middleweight Marvin Vettori went on to stop Karl Roberson in the very first round via RNC submission. The finish came 04:17 at UFC Fight Night and marked the third straight victory for Marvin Vettori. The highly anticipated co-headliner had a bad blood narrative as both fighters had choice words for each other.

‘The Italian Dream’, who is known for his top-heavy grappling, put on a clinical performance at UFC Fight Night. After a brief stand-up exchange, Vettori was able to move the fight to the ground. Vettori’s strength in the clinch was on full display as he was able to maneuver Roberson at will.

Marvin Vettori landed 22 significant strikes in the duration of the bout and maintained top control until the finish came. As Roberson tried to cage-walk, Marvin Vettori sunk in the RNC and secured the finish.

Vettori seemingly played into the idea that the fight was going to be a stand-up war. Both fighters were extremely heated going into the bout, and the general idea was that a slugfest was at hand. 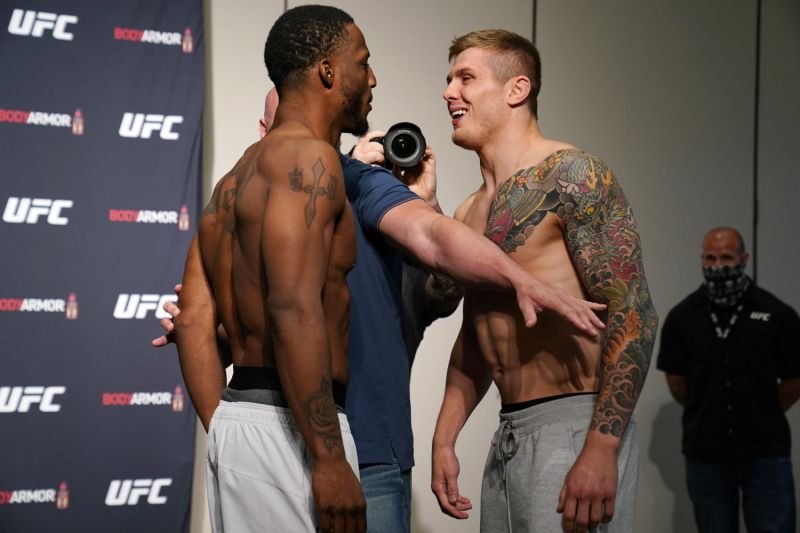 The fight was slated for Jacksonville, Florida in May. However, Karl Roberson was unable to make weight. The fight was canceled, much to the displeasure of Marvin Vettori. The two fighters went back and forth in the hotel lobby after the cancellation announcement.

Not to mention, things further escalated when ‘Baby K’ missed weight yet again by 4.5 pounds. Roberson was early to the scale, coming in at 190.5 pounds, thus questioning his integrity to complete the weight cut. In light of his 3 straight finish, Marvin Vettori gave his thoughts post-fight to Paul Felder. Vettori explained the extensive process to finally make the fight happen during the pandemic. Not to mention, Vettori had been in training camp since January looking to build momentum in the division.

Karl Roberson snapped a two-fight winning streak and will have to go back to the drawing board.

Where do both these elite Middleweights go from here?