UFC Fight Night 178 is in the books, and Colby Covington reigned supreme over the former divisional champion Tyron Woodley. ‘Chaos‘ earned a stoppage win over Woodley, a feat that wasn’t accomplished by either Kamaru Usman or Gilbert Burns. Chiefly, the end came in the fifth round where ‘The Chosen One’ suffered a devastating injury in the closing moments of the fight.

The fifth round saw a battered Tyron Woodley getting largely controlled by Covington. What’s more, the writing was on the wall for the former champion as he could not keep up with Covington’s pace. Additionally, the fourth round saw an alarming strike differential of 113-2 in favor of the Oregon state wrestler. 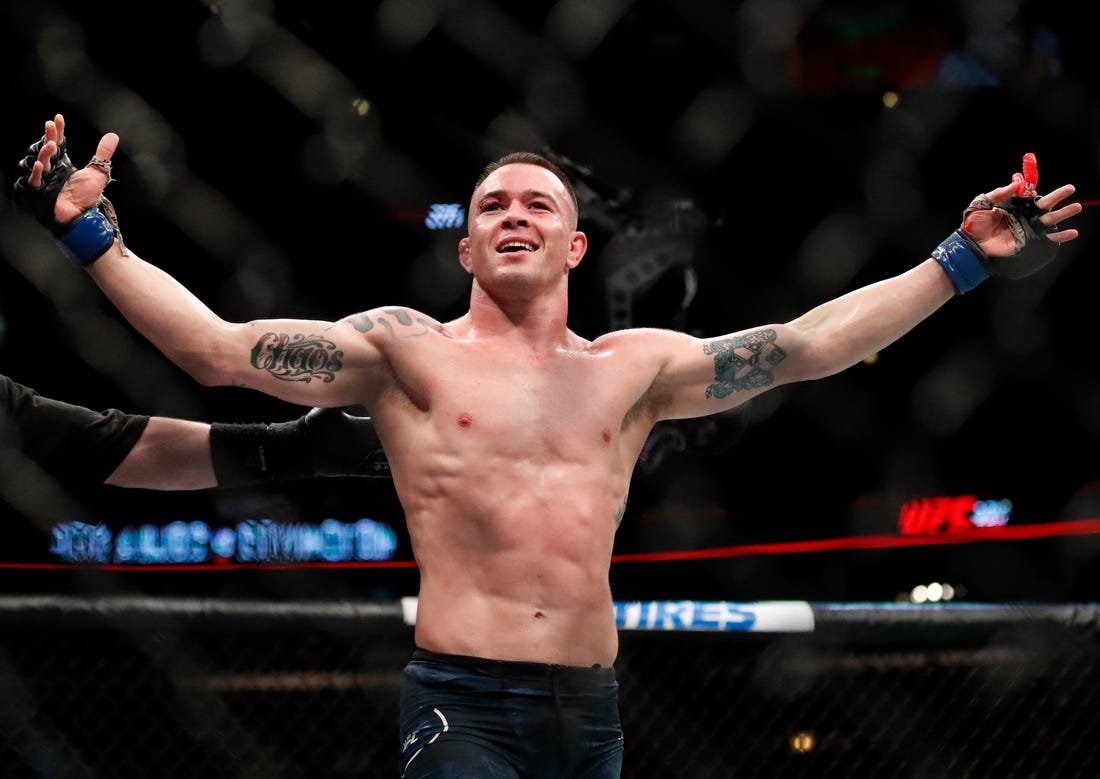 In a last-ditch attempt to squeak out a win, Tyron Woodley attempted a guillotine choke that would be his undoing. ‘The Chosen One’ moved around awkwardly to secure the finish and suffered a rib injury. The fight was waved off as Woodley was visibly in pain after he brutally cranked his rib on the aforementioned submission attempt.

"I want my belt back! Where's my f—kin' belt? Where you at, Usman? Where you at, Street Judas?"@ColbyCovMMA wants the smoke 💨 #UFCVegas11 pic.twitter.com/k7dOSJLOhv

Colby Covington put forth his patented high volume striking and forward pressure from the get-go. Although Woodley looked sharper in this fight as compared to his previous outings, he would eventually fade. This has become somewhat of a pattern in the latter stages of his storied career.

Colby Covington’s statement win puts him right back into contention against the undisputed king Kamaru Usman. The two elite fighters faced off at UFC 245 and ‘The Nigerian Nightmare’ walked away as the victor. Covington is ready to stake his claim once more at a title shot that he has undoubtedly earned. Additionally, both fighters have bad blood brewing between them thus making for an entertaining rematch.

Tyron Woodley will have to reassess his options within the current landscape of the Welterweight division. Chiefly, he has lost three straight fights and in convincing fashion at that. It also came to light that Woodley suffered significant damage to his back during the ill-fated guillotine attempt.