It is not an unknown fact that Daniel Cormier and Khabib Nurmagomedov are the best of friends outside of the Octagon. A big difference between their weight classes has not prevented them from being around each other during fight camps.

The duo has been training together at the American Kickboxing Academy (AKA) in San Jose, California for a long time now. AKA has been the home of several current and past UFC champions

Khabib and DC represent the upper echelons of wrestling in the UFC today. Cormier has formerly competed at the Olympics, representing the USA. On the other hand, Khabib has used his wrestling to such a high degree that he has managed to escape unscathed from most of his opponents. Both of them have benefitted a lot from feeding off each other’s strong wrestling background. 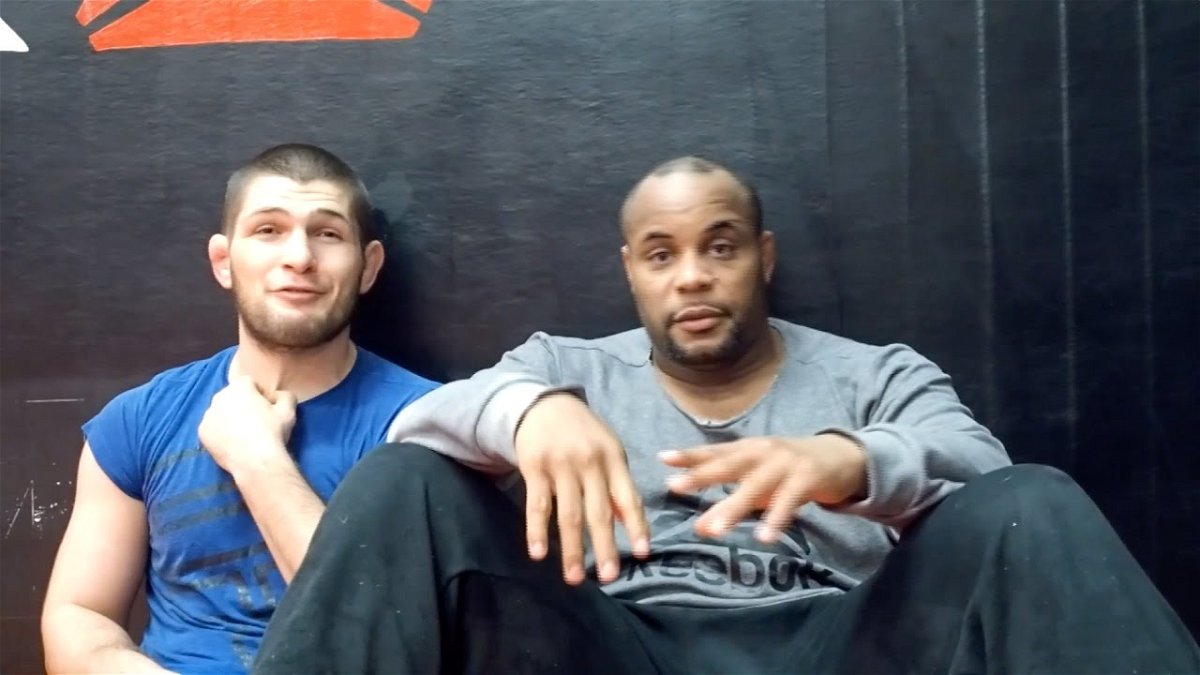 A recent video of Khabib and DC joking around after finishing off their training has surfaced on Twitter. The video has once again proved why the fans love both of them together. In the video, Cormier can be seen talking to Jever Mendez, the Brazilian Jiu-Jitsu coach at AKA. He is pointing towards Nurmagomedov who seems to be stretching post his workout.

DC is recalling an earlier incident where he claims to have beaten Khabib using nothing but his jabs. “Give me a title shot. Last time I kill his face with nothing but jabs“, said Cormier. The call-out draws a smirk from the lightweight champ of the UFC.

Watch the video yourself:

“Last time, I kill his face with jab. Please give me title shot, Javier.”@dc_mma and @TeamKhabib together is number one good s— 🤣 (via @AKA_HQ) pic.twitter.com/0ENXVpwNtS

This was not the first time that such a video has surfaced of the two joking around together. In the latter half of the previous year, the two got into a wrestling match when DC asked Khabib if he had beaten Conor. The match ended with the American tapping out due to an armbar.

The AKA has always been known for having a friendly and conducive environment. It was because of this brotherhood that Cormier fought in the light heavyweight division, to avoid a clash with his long time friend Cain Velasquez.  It is moments like these that show the other side of fighters who otherwise always mean business.

What is your favorite Khabib and DC moment? Do let us know in the comments section.