The reigning undisputed UFC middleweight champion Israel Adesanya is one of the greatest mixed martial artists of all time. In a brief span of two years, he has achieved mega-stardom in UFC.

Coming from humble backgrounds, his family shifted from Lagos, Nigeria, to New Zealand when he was 10 years old. He often described how he got bullied on ethnic grounds as a child. After years of hard work and struggle, the kickboxing prodigy has made it into the elite tiers of UFC. 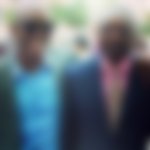 So, he often takes to social media to showcase his deserving luxurious life.

Adesanya always talks about spreading love and appreciating others. He likes to give gifts to his loved ones. His latest appreciation is for his father as he gifts him a brand new green Bentley.

In a video posted on his Twitter account, he can be seen driving with his father, with the tweet “Upgraded my pops cuz he the realest on my team!. I don’t wait for my loved ones to pass on before I give them their (bouquet image)”.

He also tweeted an image above that read, “when you help me garden, you deserve all the flowers“.

Upgraded my pops cuz he the realest on my team! I don’t wait for my loved ones to pass on before I give them their 💐 pic.twitter.com/HeIx6QlJRU

The Kiwi had showered similar appreciation for his mom too when he gifted her a brand new Porsche on the countdown to UFC 259 a month ago. Her mom was rather overjoyed seeing the car, and it was an emotional moment for Izzy.

What lies ahead for Adesanya?

In his last fight, which was filled with tension and surprise moments, Adesanya failed to hold double gold against Jan Blachowicz. Though his performance was admirable, Blachowicz just earned enough to get the nod.

The New Zealand native is likely to return to the division, where he is the King. He has to keep his big ideas of facing either Jon Jones or Ngannou at bay for some time and focus on his next tentative challenger.

A possible rematch with Robert Whittaker is on the cards, though a fight between Darren Till and Marvin Vettori’s bout could have decided the opponent. But the latest collarbone injury to Till has made the April 10 key event to be canceled. 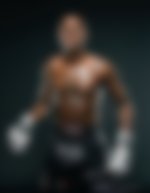 In the past, Adesanya had made his interests clear to fight Till, but now he may have to wait furthermore. Jared Cannonier and Uriah Hall may also have their say as the latter being a formidable striker of his own.

For now, Adesanya may stick to his conquered division, but the hurting loss could excite him to move up again soon and challenge for the light heavyweight title.