5 Things You Need to Know About Ryan Bader

The former UFC fighter Ryan Bader aka ‘Darth Bader’ has been an MMA athlete for a very long time. The MMA world considers him as one of the best fighters in the light heavyweight and the heavyweight divisions.

‘Darth Bader’ is now plying his trade at Bellator MMA. He is going to fight in a rematch against Lyoto Machida at Bellator 256 event. Their first fight took place in 2012 at UFC on Fox 4: Shogun vs Vera, where Bader lost via a second-round T/KO. Ahead of their rematch, take a look at five things you need to know about Ryan Bader.

1) Ryan Bader is a former wrestler 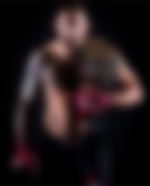 2) Darth Bader: The origin of this nickname

There is a well-known fictional character named Darth Vader who is the primary antagonist of the Star Wars franchise. Ryan Bader shares the same character traits as Darth Vader as he is considered a tough competitor in MMA. Also, since his last name rhymes with Vader, it led to the nickname ‘Darth Bader.’

Bader appeared in season 8 of UFC’s reality television show “The Ultimate Fighter,” where he defeated Kyle Kingsbury, Tom Lawler, and Eliot Marshall before beating Vinny Magalhaes in the final. This led to him landing his first contract with the UFC, where he secured a host of wins over some of the biggest names in the fight game.

Bader has a spectacular professional MMA record of 27-6-0 (W-L-D). He started his professional MMA career by fighting for the MMA promotion WFC. He then competed in other MMA promotions such as Proving Grounds, KOTC and XCC, before landing his first official UFC fight against Carmelo Marrero at UFC Fight Night 18: Condit vs. Kampmann.

Bader had 19 fights in the UFC and put together a spectacular UFC record of 14-5 (W-L). He is now fighting in Bellator, where he is the Bellator heavyweight champion.

Bader was a two-time state champion wrestler at the Robert McQueen High School in Reno, Nevada. He was also a two-time NCAA All-American and three-time Pac-10 Conference champion. The star finished fourth nationally in 2004 and seventh in 2006 in wrestling.

Besides his many accolades, he was also The Ultimate Fighter 8 light heavyweight tournament winner. He was awarded the “Submission of the Night” for his submission win against Vladimir Matyushenko at UFC on Fox: Johnson vs. Dodson. The UFC also awarded him the “Performance of the Night” for his fight against Ilir Latifi at UFC Fight Night: Arlovski vs. Barnett.

Ryan Bader lost his first fight against Lyoto Machida, but he is a different fighter now. He now has more experience than he did in his first fight, and it won’t be a surprise if he avenges his defeat at Bellator 256.

Arman Khan is a UFC author for EssentiallySports. He began following combat sports when Floyd Mayweather and Conor McGregor competed in 'The Money Fight' in 2017. 'The Notorious' attracted Arman to the UFC and he became an ardent fan of professional fighting as he could draw parallels with the action from his combat sports experience and break down techniques such as striking and striking defense lucidly for the casual fans.
ARTICLES BY AUTHOR