Alexander Volkanovski believes ring rust won’t affect his performance in his next fight. The current featherweight champion of UFC says he is prepared for his title defense at UFC 266.

‘The Great’ is all set to defend his featherweight gold against Brian Ortega at UFC 266. The fight will serve as the main event at the pay-per-view. Furthermore, this is Volkanovski’s second title defense in the promotion. He will return to the octagon after a fourteen months hiatus.

The Australian fighter is undefeated in the UFC and dominates the featherweight division. Despite being on such a long hiatus, the 32-year-old believes it won’t affect his performance.

In a recent episode of MMA Hour with Ariel Helwani, Volkanovski said, “Yeah, I’m not worried about that. I’m just, you know, obviously I wish I was in there. You know I like to stay active. I mean, that’s the type of guy I’m, but you know I don’t like to sit on the sidelines. I like to be in camp doing my thing and buster mass and defending titles, you know what I mean.”

He added, “But It’s just that’s what we’ll dealt. So there’s nothing I can do about that, but I mean ring rust. I ain’t worried about that one bit, you know, and I am too prepared, I am too composed, you know, I mean, so it’s you know. I am always there and I will always do well in these sorts of situations. No matter what it is. You know I’m pretty true and composed in whatever environment I’m in. So I’m not worried about that one bit.”

Alexander Volkanovski Promises a Stunning Performance for the Fans

The current featherweight champion of the UFC Alexander Volkanovski will return to action after fourteen months-long hiatus. He will defend his featherweight gold strap against Brian Ortega on 25th September.

Even though ‘The Great’ wasn’t in action for a long time, he claims he will deliver a memorable performance at the event. In the same interview, Volkanovski said, “So, I am gonna go out there and obviously, you know, you say this every time, ‘you are going to put him away.’ But mate, I am doing everything I can now.” 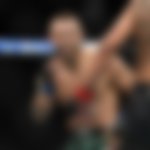 He added, “I am going to, you know, shut Ortega’s mouth up by putting his head through the canvas. And you know, I am gonna go get that finish. I want to put on a performance. I want people leaving that arena like absolutely blown away by the performance, and get people talking.”

The 22-1 record holder is an amazing finisher with eleven wins via knockout and three via submission. Volkanovski’s resume might do justice to what he said to Ariel Helwani. He has only one professional loss and has never been knocked out in UFC.

‘The Great’ certainly has the skills to claim a finish against Brian Ortega. However, it is only clear when the fighters clash inside the cage. Do you think he can claim a TKO victory at UFC 266? Let us know the comments below.

Watch This Story: Nick Diazs Intense Training Routine For His Rematch Against Robbie Lawler at UFC 266