UFC Megastar Conor McGregor took to Twitter and has confirmed that he’ll once again set foot inside the UFC’s octagon. Conor revealed that UFC 257 targeted for January 23, 2021, will be the date for his scrap against Dustin Poirier. The news comes as a surprise considering the fact that McGregor initially said that he exclusively wanted a 2020 date.

Dana White spoke to Brett Okamoto earlier in the day and put forward a ‘Take it or leave it’ ultimatum to Conor. ‘The Notorious’ has been chomping at the bit to return to the cage and has seemingly made a compromise. What’s more, he revealed that he was targeting his return bout to be at the Dallas Cowboys’ stadium in Arlington, Texas, with fans in attendance.

I accept, Jan 23rd is on!
My goal is to see this fight take place in Cowboy stadium. Proper Style! Jerry Jones is a friend and the stadium can hold our crowd. I will be ready for Texas and Texas will be ready for my fans!
Then Manny. #McGregorSportsandEntertainment

There has been plenty of speculation about the inclusion of fans, and it seems like McGregor’s return would be the right time. The Irishman is a massive draw for the company and he attracts mainstream attention. Moreover, he has been away from active competition since his January 2020 appearance against Donald Cerrone.

‘The Diamond’ responded to the talks of a January 23, 2021 booking. It’s safe to say that he’s all in. Poirier finally has the opportunity to secure a huge money fight and possibly he will have a chance to avenge a loss from earlier on in his career.

Close to home for me on my birthday weekend! What weight? https://t.co/xLyWxWgFxh

The elite lightweight fighters have been in talks to fight each other over the past few weeks. Despite some roadblocks, it seems as though it’s finally set to materialize. Not to mention, they were even set to compete in a charity exhibition sparring showcase. The UFC has decided to make the most out of the buzz around their union and will look to put together a massive card to begin the year. 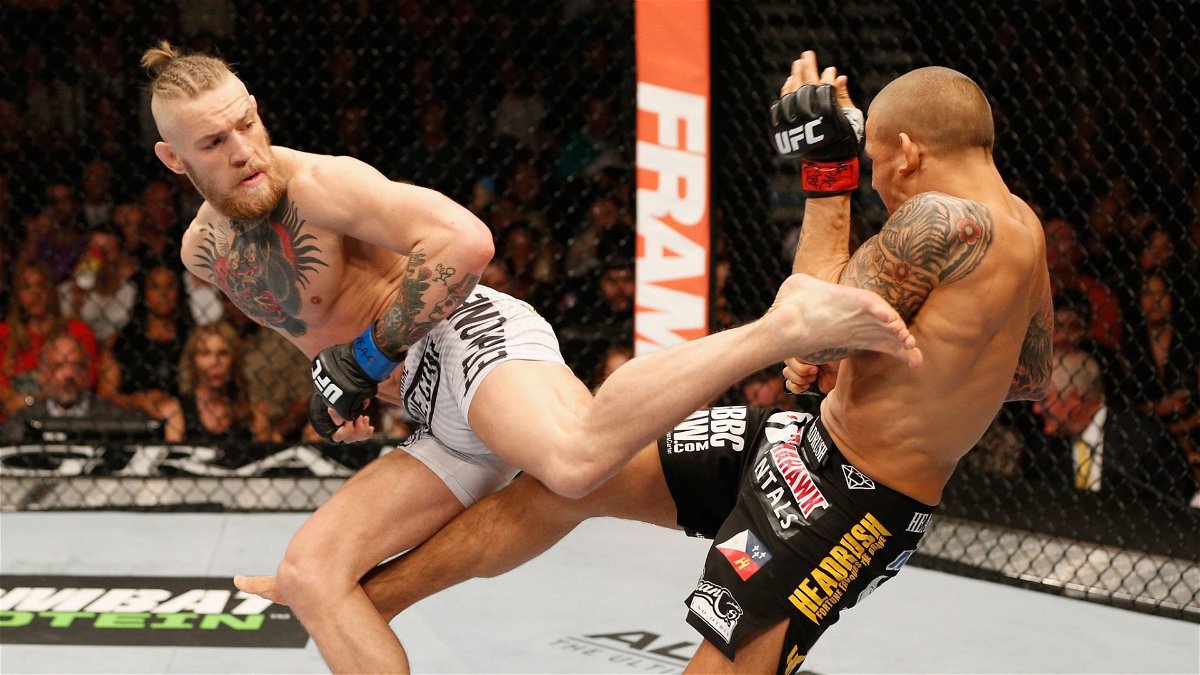 Conor McGregor and Dustin Poirier met back in September 2014 at UFC 178, where ‘The Notorious’ came out victorious. Conor dominated the fight and closed the show at 01:46 of the very first round. Since then, both fighters have grown and evolved significantly, and the rematch would provide a new look altogether.