Dana White, Nate Diaz and the MMA Community React to the Passing Away of Former Champion BJ Penn’s Father

BJ Penn recently announced a piece of tragic news on his social media.

The former UFC two-division champion is one of the greatest MMA fighters of all time. Penn was the first American gold medalist of the World Jiu-Jitsu Championship. ‘The Prodigy,’ after his accomplishments in Jiu-Jitsu, switched to MMA. He signed with the UFC in 2001 and made an instant impact. He went to fight some of the biggest names in the game and became the UFC welterweight and lightweight champion. However, the end of his UFC career wasn’t great and lost his last six fights before being released by the promotion.

Penn in his Instagram post said, “Love you Pop! Thanks for teaching me how to think past the pain, never give up, and the importance of America’s children who died for our freedoms. Love you forever to the sky. I will celebrate you till I see you again! Thanks for giving me the greatest life ever and always hugging me and making me breakfast.”

Most of the MMA community loves Penn, and some of them took to social media to react to the news.

MMA Community reacts to the news

BJ Penn is one of the most loved fighters in MMA history. His influence helped to popularize the UFC around the world in the 2000s and 2010s. UFC, at one point, considered the possibility of disbanding the lightweight division. However, during his time, Penn made the division popular and is considered the division’s most influential figure.

After the news of the passing away of his father, the MMA community showed their love and support to him and his family.

Nate Diaz, in his Instagram post, said, “Know what’s in front of you when it is. Good vibes to the Penns. And RIP to a real OG Penns pops.”

UFC President Dana White also took to Instagram to pay his respects. He said, “RIP Mr. Penn. My condolences to @bjpenn, Mrs. Penn, and the rest of the family.”

Renzo Gracie, a 6th-degree black belt in BJJ, and a member of the famous Gracie family reacted to the news as well. In his Instagram story, he wrote, “May god hug tight that amazing soul…”

Prominent names in the sport commentated on Dana White’s post and gave their condolences to Penn. Mackenzie Dern, Matt Serra, Mark Coleman, Marlon Vera, and others reacted to it. 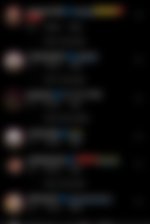 It is sad to hear the news of his father passing away. And all the MMA community is with BJ Penn in these tough times.