In the lead-up to his fight against Marvin Vettori at UFC Fight Night 196, Costa has been in the news for the wrong reasons. Initially scheduled as a middleweight bout, the Brazilian fighter announced that he was over the weight limit three days before the fight. During the media day, he weighed 211 pounds, which is 25 pounds more than the limit. After a few roadblocks, the fight was shifted to 195 pounds, and then later to 205 pounds. 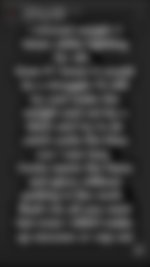 “I missed weight 3 times while fighting for UFC. Even if I knew it would be a struggle, I’d still try and make the weight and not be a b*tch and try to do catch outta the blue cuz I was lazy. Costa wants the fame and glory without putting in the work. Bash me all you want but even I didn’t makeup excuses or cop-out.”

“If he fights 205 just stay there. That way there’s no more excuses and nobody will see how lazy he is. Trust me, going up in weight is much better and makes life easier,” he added. 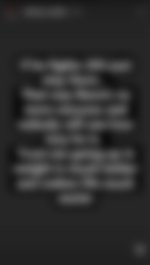 While ‘Borrachinha’ could look to move to light heavyweight in the future, it remains to be seen if he responds to the Bellator fighter.

Paulo Costa vs. Marvin Vettori – Will it be relevant for the middleweight scene?

Costa vs. Vettori is finally going through. There was uncertainty around the fight after Costa declared he was way above the weight limit. Luckily for everyone, Vettori was game and was ready to fight at any weight. Initially set at 195 pounds catchweight, the contest was later changed to a light heavyweight bout.

Heading into the fight, Costa now weighs 204.5 pounds, and Vettori weighs 204 pounds. Things got heated between the two at the final face-off as Vettori flipped Costa off.

The fight is huge for both to stay relevant in the title picture. However, it remains to be seen if it will make any impact on the rankings, as both men are way over the non-title middleweight limit.

Do you agree with Johnson’s comments? Also, do you think this match will play a role in the challenger queue at 185? Let us know in the comments!