The Ultimate Fighting Championship is undoubtedly one of the most loved sport worldwide. It won’t be wrong to say that the UFC and its octagon has seen many histories being made. All that UFC has made today is because of the world-class fighters who fight inside their cage. The octagon has also seen many legendary wins in it.

Here is the top list of fighters with most number of UFC wins in its history.

The Cowboy has the most number of victories marked on his name. No other fighter has even broken his record in UFC history. MMA fans regard the American MMA fighter as the best of the best in the history of UFC. He boasts victories over Benson Henderson, Eddie Alvarez, Edson Barboza, and Matt Brown, to name a few.

The number two on the list of fighters with most number of UFC wins is Demian Maia. The Brazilian MMA fighter has thrilled people with his amazing moves and techniques inside the ring. Maia is one of the greatest grapplers in UFC history.

The number three on the list of fighters with most number of UFC wins is Jim Miller. This legendary fighter holds a record for most number of wins in the lightweight division. The 155 lbs American MMA fighter is one of the most impressive fighters inside the octagon. His wins include defeating fighters like Jason Gonzalez, and Alex White, to name a few.

The number four on this list has been grabbed by Michael Bisping. This English sports analyst, actor, commentator, and retired mixed martial artist was one of the greatest fighters inside the cage. His amazing knockout moments have made him one of the best in the sport. He is one of the most multi-talented fighters in the UFC and also the sole British fighter to ever have won a UFC title.

Similar to Michael Bisping, Georges St Pierre has 20 historic wins to his name, which makes him enter this list. The GSP is not only a great fighter inside the ring, but a wonderful person outside of it. The 39-year-old fighter has always been at the top of the board during his entire professional career. This is evident from the fact that he has won titles in both the middleweight and welterweight divisions.

The list of fighters with most UFC wins would be incomplete without this name- Jon Jones. Jones is considered being one of the most phenomenal fighters in UFC history. Jones’ flawless techniques and fighting style have helped him become one of the youngest champions in the UFC’s history.

The seventh person on this list is Diego Sanchez. Popularly known as The Nightmare, the fighter is one of two fighters to have competed in four different weight classes. His fighting style has always amazed the viewers and is one reason the American is on this list.

With 18 wins to his name, Andrei Arlovski has been able to grab a position, is this list. This 41-year-old Belarusian mixed martial artist has been a former UFC Heavyweight champion. The Pit Bull of the octagon is all set to move up the ladder with his upcoming fight this weekend on Nov 8, 2020.

Rafael dos Anjos has made his position on this list with 18 wins to his name. The former UFC Lightweight champion holds notable victories against Robbie Lawler, Anthony Pettis, and Benson Henderson. The Brazilian American MMA fighter has always shown an aggressive style of fighting. His takedown capabilities are remarkable and have aided him to become of the best in the sport.

With 18 wins on his name, Frankie Edgar is there at number 10 on the list. This American MMA fighter has a unique style of fighting and bringing his opponents down inside the ring. He holds notable victories over former world champions Sean Sherk, Hermes França, B. J. Penn, Urijah Faber, and top featherweight contenders Cub Swanson (x2) and Chad Mendes.

Matt Hughes has 18 wins to his name and is therefore on the list of top fighters with most UFC wins. The American fighter was a two-time UFC Welterweight champion. Hughes is widely considered one of the greatest MMA fighters the sport has ever witnessed.

The former interim Lightweight Champion Dustin Poirier is also on the list of most wins in the Ultimate Fighting Championship. Poirier’s knockouts are one of the best moments UFC fans have ever seen. The American fighter is currently at number 2 in the UFC lightweight rankings and number 7 in the UFC men’s pound-for-pound rankings.

The 13th fighter on the list is Max Holloway. The American fighter is a former UFC Featherweight champion. Holloway has always been able to amaze the viewers with his kicks and punches in the octagon. As of October 27, 2020, he is #8 in the UFC men’s pound-for-pound rankings and #1 in the UFC featherweight rankings. 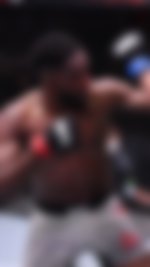 This 31-year-old fighter is at number 15 on the list with 17 wins to his name. This Brazilian MMA fighter is one of the best in the lightweight divisions. He holds multiple UFC records, notably, the most submission wins in the organization’s history at 14, and is tied for the most finishes at 17.

All these fighters have made their names in the history of UFC. All this comes from sheer dedication, hard work, and passion for the sport. UFC fans worldwide would be eager to see new records being made and history being created in the coming times.