“Garbage! It’s 1a Piece”- Conor McGregor Reignites Feud With Dustin Poirier-Says UFC Should Put Him in the Promo

Conor McGregor is one of the biggest names in the world. A former two-division UFC champion, he has seen the highest of the highs of the world. Right now, the Irishman is sidelined and out of action because of an injury.

‘The Notorious,’ in the trilogy fight against Dustin Poirier at UFC 264, broke his tibia. Since then, he is on a medical suspension and is trying to recover from the injury. He recently started training again, the first time since the surgery. However, being injured hasn’t kept him away from the limelight.

Recently, UFC released the promo video for UFC 269, in which they also show highlights of Dustin Poirier vs. Conor McGregor 3. The video showed ‘The Diamond’ landing a punch after which McGregor broke his tibia.

The former two-division UFC champion seemingly didn’t like it and trolled the UFC. He also had a suggestion for them. Replying to the video, he said, “Is that the only shot yous had of him “landing” in that fight? Didn’t land. He just bowled forward while I’m on one leg there. Garbage! It’s 1 a piece and any push other wise is for the bin.”

Is that the only shot yous had of him “landing” in that fight? Didn’t land. He just bowled forward while I’m on one leg there. Garbage! It’s 1 a piece and any push other wise is for the bin.
Stick me in this promo in the back ground as a dark, rich, evil shadow.
Boost the Ppv’s

“Stick me in this promo in the background as a dark, rich, evil shadow. Boost the Ppv’s,” he added.

Dustin Poirier is going to take on Charles Oliveira for the UFC lightweight championship at UFC 269.

Dustin Poirier vs. Charles Oliveira- the final title bout of the year

UFC 269 might just be the biggest and most exciting card of 2021. Coming from two back-to-back brilliant cards in UFC 267 and UFC 268, the promotion has kept the fans hooked. Come December 11, they might just break some PPV records.

Charles Oliveira and Dustin Poirier will headline the event. The two guys will go head-to-head for the UFC lightweight championship. The champion won the belt against Michael Chandler at UFC 262. Oliveira is on a nine-fight win streak and would want to carry his momentum into the fight. 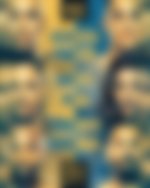 Poirier, on the other hand, is on a three-fight win streak. He has lost only once in his last nine fights, with his only defeat coming at the hands of Khabib Nurmagomedov. Since the loss, he has defeated Conor McGregor twice, and Dan Hooker. He is one of the most popular fighters in the world right now and would want the belt for himself.

Also, it will be interesting to see what the UFC plans for Conor McGregor when he gets back and if he will face Dustin Poirier again.

What do you make of Conor McGregor’s comments? Let us know your thoughts!