Manchester United recently faced a devastating 5-0 loss to Liverpool in the Premier League. United received a lot of backlash from the fans after this loss, with several people calling for the manager Ole Gunnar Solskjaer to be sacked. However, former UFC champion and Manchester United fan Conor McGregor had a different solution for the club.

He took to Twitter to voice his opinion on the ongoing scenario.

Per ‘The Notorious’, “The issue at United is it’s just bunch of youngfellas talking to each other. Peers. You need someone above the group chat to take the helm. Ole was on the bench when Ronaldo played. A peer. Not enough. Love and respect Ole to the max, but his role needs rearranged. My opinion.” 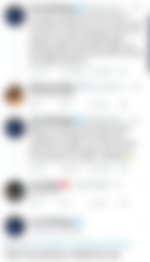 A few minutes after McGregor’s tweet, a user commented ‘OLE OUT AYEEEE’, which agitated the UFC star.

He responded, “Never ole out, you silly fool. Ole is forever United! His role simply to needs to be readjusted, and again, someone above the group chat needs brought in. Someone to command the young squad. God bless.”

Later, the Irishman deleted the tweets from his account for unknown reasons.

Conor McGregor: Return and what’s next?

‘The Notorious’ is one of the biggest names in combat sports. However, he is on the sidelines as he suffered a devastating injury in his blockbuster trilogy fight against Dustin Poirier at UFC 264. McGregor has reportedly made a speedy recovery and seems to be ahead of schedule. Hence, fight fans are eager to see him accept his twenty-ninth fight.

Although it is yet not official, the Irishman is expected to make a return during 2022. He has no shortage of potential opponents.

‘The Notorious’ might face Poirier for the fourth time in his career. A blockbuster trilogy fight against Nate Diaz is also a possibility for the former lightweight champion. However, in the end, it is up to the UFC officials and the fans will have to wait and see what’s next for McGregor.

What do you make out of Conor McGregor’s opinion for Manchester United? Let us know in the comment section below.