Conor McGregor has cemented himself as one of the greatest athletes in MMA history. With time, the Irishman has become synonymous with the success of the UFC. Notably, the double-champion has been part of eight of the ten biggest pay-per-view events in the promotion’s history.

Therefore, it’s no surprise that the president of UFC Dana White, being the businessman we all know, has a liking for ‘Notorious’. But the president seems to have other reasons besides money to like McGregor.

In a recent conversation with former UFC fighter Daniel Cormier on his show -The DC Check-In, White told Cormier what makes ‘The Notorious’ special. He stated, “I’ve said it in public a million times. Conor McGregor literally would fight anybody.”

Furthermore, White narrated a story involving McGregor “I am telling you when we started this thing and this guy was on his rise. Believe me, I’ve dealt with a F***in thousand fighters… this f***in kid. We’ve been in the house that he was renting and it was when Jose fell out.”

“He literally, this was what he said to us. I don’t give a f**k who you get. I am going to work out. When you figure it out, call me and let me know. Yeah, and then the Nate Diaz fight. You know, another fight fell out for him and he said let’s fight Diaz. Well, do you wanna do [catchweight], no, I don’t wanna do catchweight if I don’t fight him at his weight, it doesn’t matter. It’s Bulls**t.”

The president then stated his conclusion of the double champs case, “Conor McGregor has been that guy since the day he walked into this F**ing company.So, for anybody to point a finger and say ‘oh, this guy’s getting special treatment.’ Well, this guy’s special. This guys’ f***in  special.”

When is Conor McGregor returning to the UFC?

In a now-deleted tweet, the Irishman claimed that he will be back in the combat scene in mid-2022. McGregor, while replying to a fan’s tweet comparing his and Floyd Mayweather’s stats tweeted “Wow! A lovely statistic! Plenty left in me too! I will be back mid-2022, easily.”. 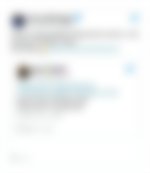 The superstar of MMA suffered a brutal injury against Dustin Poirier when he met the latter in a trilogy fight to settle their rivalry. ‘Notorious’ lost the fight against ‘The Diamond’ and ended up breaking up his leg as well.

Since then, the former UFC double-champion has preferred to remain confined to his social media handles. Where he occasionally shares his updates. Also, in typical McGregor fashion, rips apart his opponents on Twitter.

McGregor, who is currently (22-6) has also shown his aspirations to switch his weight class and has worked for it as well. A few weeks ago, ‘Notorious’ posted a photo of himself on Twitter, and we can see that he’s bulkier than ever.

Since his last fight against Poirier, the former double champ has been called out by many MMA fighters, including Max Holloway. The 33-year-old Irishman even fired shots at Petr Yan. The duo got involved in a spat on Twitter as McGregor compared Yan’s boxing with his and claimed that he was better.

Do you agree with Dana White’s opinion of Conor McGregor being special for the UFC? Are you excited about his return to the UFC? Tell us in the comments below.

Aashish Kumar is a UFC writer at EssentiallySports. A graduate in Journalism & Mass Communication, this Israel Adesanya fan has interned at reputed media houses and gained valuable reporting experience. Building on that experience, Aashish will look to tap into his love for combat sports and let fans benefit from his passion and journalistic expertise.
ARTICLES BY AUTHOR