Former UFC 205-pound champion Jon Jones took to Twitter and had a verbal slugfest with fighter-turned analyst Chael Sonnen. ‘Bones’ and Chael Sonnen’s relationship seems to have declined steadily over the years and their resentment towards each other is evident. When both men fought each other at UFC 159, things weren’t as contentious as they are now.

In a now-deleted series of tweets, Jon Jones returned fire at Sonnen for trolling him on his YouTube page and through tweets. Jones’ claim that he was ‘giving birth to something big’ was fodder for Sonnen, who immediately took to trolling him. From there, it was an all-out war, with both men refusing to relent even an inch, dropping bombs on each other.

I’m about to give birth to something big, something out of the ordinary.

‘Bones’ launched into an explicit-laced verbal assault that was met with some pushback from ‘The American Gangster’. It was clear as day that their seemingly good relationship from the past held no water in the present day. At one point, both men coached TUF against each other rather amicably, however, that ship has sailed.

Now Jon, that was hurtful… pic.twitter.com/l5HaYYtMvb

You've got some grammar problems there, (former) Champ

Jones couldn’t help but bring up their first contest that took place back in 2013 where he handily beat Chael Sonnen. ‘Bones’ employed the same take-down heavy strategy that Sonnen used on his opponents to secure the victory. Additionally, he referred to the fact that had Sonnen been able to survive in round 1, he would have won as Jones suffered a toe injury. 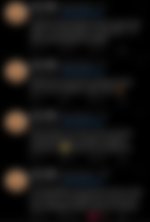 From the aforementioned tweets, it’s clear that Jones believes his success as a champion has made Sonnen resentful of him. It’s well known that ‘The American Gangster’ set out on a championship journey to fulfill his father’s dying wish. However, despite multiple title shots across several promotions, Sonnen was unsuccessful in that regard.

I tore your toe off

Despite the fact that both men haven’t crossed paths in several years, it seems that a bad blood Twitter exchange is a periodic feature between the two. Hence, fans will be on the lookout to see if the bad blood between Sonnen and Jones continues to flare up.