Former UFC lightweight champion Khabib Nurmagomedov is in Abu Dhabi. He’s there to support his teammates who will fight at UFC 267. Islam Makhachev, Zubaira Tukhugov, and Tagir Ulanbekov are preparing to enter the octagon on October 30, 2021.

During an interview with Daniel Cormier and Ryan Clark, Nurmagomedov talked about being in Abu Dhabi. He said, “I’m here to support Islam, Zubaira, and Tagir. Three guys, three of my teammates gonna fight this weekend. I’m gonna corner all of them.”

This is not the first time Khabib will be in one of his teammate’s corners. ‘The Eagle’ was recently seen cornering his cousin, Usman Nurmagomedov, in his fight against Patrik Pietila at Bellator 269. He won that fight in the first round, and the former UFC champ also gave him tips after the fight.

According to ‘The Eagle‘, the biggest fight out of all his teammates is Islam’s fight against Dan Hooker. And in his opinion, if Makhachev wins, he should get a title shot.

The fight card for UFC 267 is nothing less than exciting. There are some huge fights on the card, which means a lot of MMA fans will tune in. Every fighter would like to use this opportunity to stand out and impress the UFC matchmakers and also Dana White. 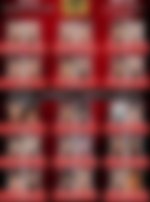 ‘The Eagle’ will have his eyes on the third last fight as Islam Makhachev will fight Dan Hooker. While Makhachev will look for a ninth win in a row, Hooker will seek to win at consecutive PPVs. ‘The Hangman‘, who fought at UFC 266, stepped in on short notice to replace Rafael dos Anjos.

Nurmagomedov’s other teammates, Tukhugov, and Ulanbekov will also look to impress. Tukhugov, who is coming off a defeat against Hakeem Dawodu at UFC 253, will face Ricardo Ramos.

Meanwhile, the PPV’s preliminary card opener will see Tagir Ulanbekov fight Allan Nascimento in a flyweight matchup. Ulanbekov will look to extend his winning run to 5.

With the star-studded main card, Nurmagomedov will hope that his teammates can rise to the occasion and see their stock soar with virtuoso performances.